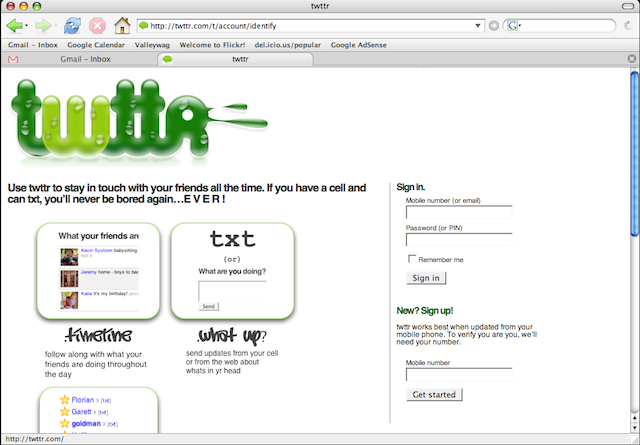 Twitter has announced that, beginning April Fools’ Day 2013, it will begin charging $5 per month to tweet vowels. Customers who choose not to pay the $5 per month will revert to Twittr, a vowel-free version of the social network. On a positive note, free users will still be able to tweet links with vowels as well as the “sometimes Y” absolutely free of charge.

Not only can you pay to use vowels, but Twitter has also announced via its blog that it will begin allowing users to purchase 141 character tweets. The company has not yet announced plans to extend tweets past the 141 character limit.

I was carpooling home after Twitter’s seventh birthday party with my head filled with images from our past, like our early logo where we spelled it TWTTR, in neon green toothpaste. And then Prince’s song “I would die 4 U” came on the radio. I felt like there was something there, but I wasn’t sure what or how to bring it to market.
Then later that night, I was watching “Wheel of Fortune” with @adambain, and a contestant yelled out ‘I wanna buy a vowel’. Everything just sort of clicked. Adam and I turned to each other and high-fived. It was one of those product moments that just felt like magic.

These changes will reportedly be rolling out to users over the next few days. In the meantime, you can use twittr.com to test Twitter’s new vowel free format.