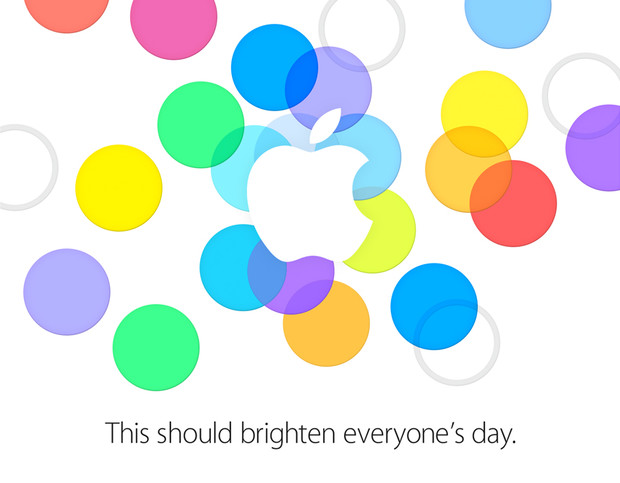 While it has long been talked about that Apple would host a September 10th media event to unveil its new iPhones, Apple has now essentially confirmed it to be true.

The company has sent out several invites to a media event at its company headquarters in Cupertino for 10:00 AM PST September 10th. The invitations come designed with a number of colorful circles on it with the caption “This should brighten everyone’s day.”

It’s unclear exactly what Apple means by “brightening” peoples’ days, but it seems like its probably in reference to the rumored iPhone 5c and the selection of bright colors it will come in.

Expect to see a couple iPhones come out of the event, along with perhaps some new iPod products as well.