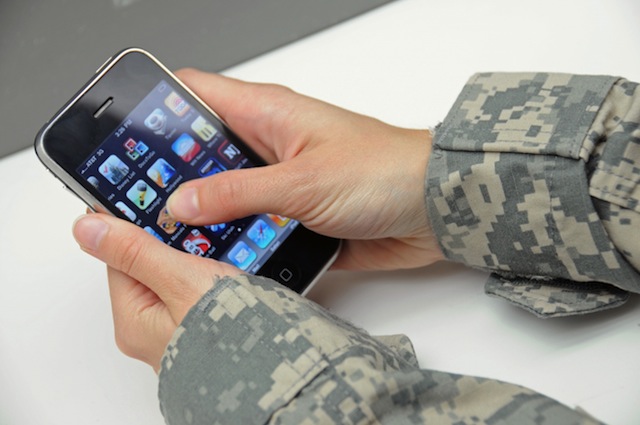 Earlier this month, Samsung and BlackBerry devices received Pentagon approval for military use and today the U.S. Department of Defense announced that Apple’s devices running iOS 6 or later have also been approved for use on government networks. It looks like Apple’s rivalry with Samsung and BlackBerry will continue in a whole new space.

This market has long been dominated by BlackBerry, but with Samsung and now Apple’s approval, there might be a shift. The Department of Defense has over 600,000 mobile devices, which includes 470,000 BlackBerrys, 41,000 Apple products and 8,700 devices running Google’s Android operating system. A lot of the Apple and Android devices in use aren’t connected to military networks except for testing.

The military has said that it wants its employees to have more flexibility and choice to use commercial products on its networks. According to Bloomberg, it’s planning to create a military mobile applications store and hire a contractor to build a system that could handle as many as 8 million devices.