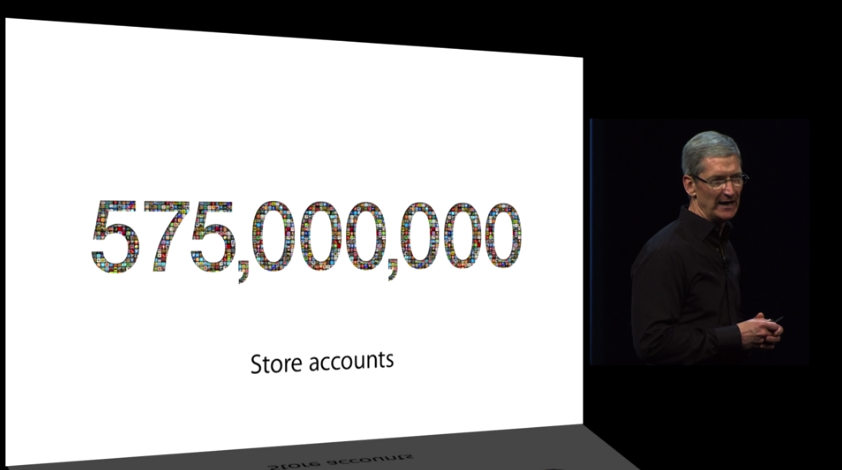 Apple opened its WWDC conference today in traditional fashion, by gloating over some of its companies stats. It has the right to, however, as they’re pretty impressive.

Apple revealed that it currently has a whopping 900,000 apps in the App Store, with 93% of these being actively downloaded each month. It also announced that it has 375,000 dedicated iPad apps, a far greater number than any other tablet OS.

With all these apps, Apple has managed to reach 50 billion app downloads and has paid out a massive $10 billion to developers within the past five years. What’s more impressive is that $5 billion of this was paid out in the last year alone, which made iOS acount for 75% of all app revenue across all mobile platforms, compared to just 24% of revenue made on Android.

Apple also stated that it has the most accounts with credit cards than any other service in the entire world.

As Apple continues to reveal new iOS announcements, these numbers are only going to keep going up.