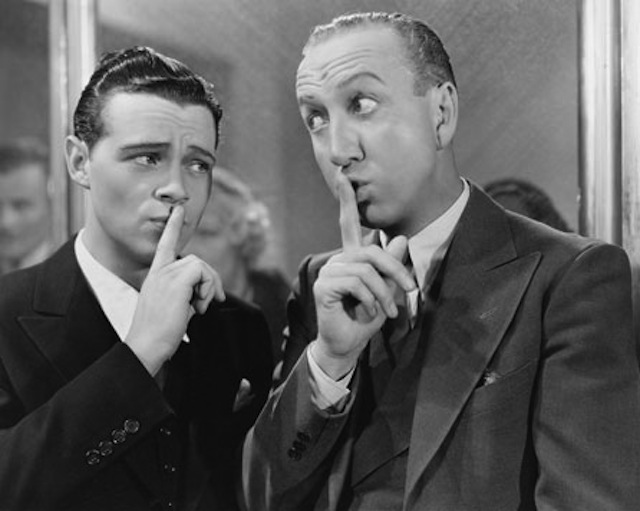 If you’ve never heard of it before, Quora is “your best source of knowledge.” It’s a website where members can ask questions and get real answers from people with first hand experience. For the past year, there has been a very interesting thread that asked, “How does Apple keep secrets so well?” Many of the answers come from former Apple employees and reveal a lot of information about the lengths Apple goes to keep its secrets, and even gives a little insight as to how product leaks come about, like how the Pentagon leaked the 1998 iMac to the whole world.

One anonymous Apple employee gave a lot of detail as to how Apple keeps everything so secret:

“All prototypes are laser marked with serial numbers and tracked by a central tracking system (called iTrack). Physical security is also highly prioritized, with prototypes required to be locked up when not in use. Access to prototypes is also restricted, and the default assumption within the company is that your coworkers do not know what you’re working on.

Physical access to the areas of certain groups (product design, industrial design, and reliability) is highly restricted by badge access. The most sensitive areas, such as the Industrial Design Studio, have receptionists, external cameras to screen guests, and require an escort to vouch for you. Within these areas and groups, knowledge of the product pipeline and access to prototypes is widespread, but that knowledge doesn’t leave the group.”

Adam Banks, the editor of MacUser UK in the 90s, explained just how the Pentagon leaked the iMac 3G in 1998:

“It’s third parties that will always leak. I was editing MacUser (UK) in 1998 when rumours surfaced that Apple was working on a completely new kind of Mac. By a series of flukes, we became the first magazine to print what turned out to be a pretty accurate description of the machine a couple of months ahead of its launch as the iMac. We got the details from someone who worked at a third party site where Apple had seeded a test unit.

Probably safe by now to mention what the site was. It was the Pentagon. Compared to the real secrets they were keeping, when it came to some plastic PC they’d been asked not to talk about, I suspect nobody gave a shit.”

“I was at NeXT for six years. During that period, we went through a profound transition about secrecy.

In the early days, everything was open to everyone. There was even a binder in the CFO’s office with everyone’s salary. We were told we could go check it out any time. Few cared to. Steve told us, “Inside NeXT, everything is open. Outside NeXT, we say nothing.” In wonderful Steve fashion, he added, “This will continue until the first leak. As soon as we prove we can’t keep a secret, we go back to being like every other company.” No one wanted to be the one to kill the open goose.”

There’s definitely some intriguing insights on Apple’s secrecy efforts and those interested should check out the entire thread over on Quora.