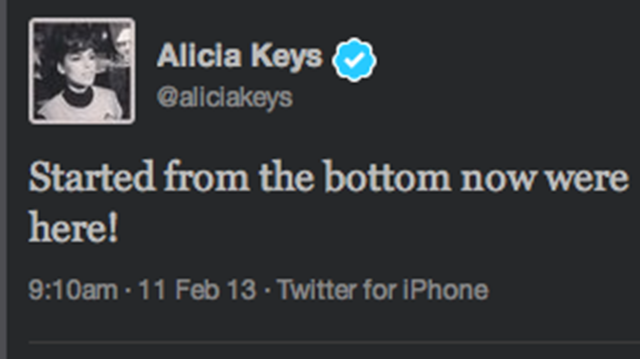 Even though American popstar Alicia Keys was awarded the Creative Director position at BlackBerry, it hasn’t stopped her from using an iPhone. Earlier today she tweeted lyrics from Drake’s (another popstar) new song. Looking closer at the tweet, you can see that it was sent via Twitter for iPhone. You can view a screenshot of the tweet above.

But it gets better. A little while after she sent the tweet and it caught media attention, she promptly removed it and tried pulling the lame “I was hacked” excuse. We’ve embedded her excuse tweet below, which is still standing on the social network.

We call shenanigans. More than likely, Keys is still using an iPhone as her personal phone. We would see little reason for her wanting to use a BlackBerry beyond the fact that she works for the company. Gizmodo has also noted that Keys was using an iPhone to tweet before being hired at BlackBerry.

Yeah, all the crap we’ve said in the past, we were hacked too…