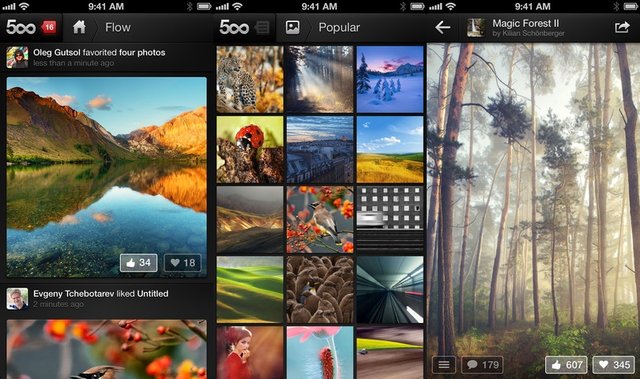 Apple has pulled the newly re-designed 500px iOS app over concerns that it is too easy to search for nude images. An Apple reviewer apparently told the company that the app made nude pictures too accessible for users and so the app was promptly removed earlier today.

While Apple has only just put the hammer down, the 500px app has been available on the App Store for 16 months and had been downloaded just under 1 million times. While the app did receive a recent and highly praised re-design, the update didn’t make finding naked pictures any easier. In fact, in order to view nude images, new users must first sign onto the desktop version of 500px and turn off the app’s safe search mode.

500px told Apple yesterday before having their app removed that they could quickly fix Apple’s concerns to make nudity even harder to come by. Apple decided not to wait for this update and so they simply pulled the app this morning.

An updated version of the app has reportedly already been finished and sent to Apple for review. No word yet on how long it will take until you can go back to gawking over artsy photographs.