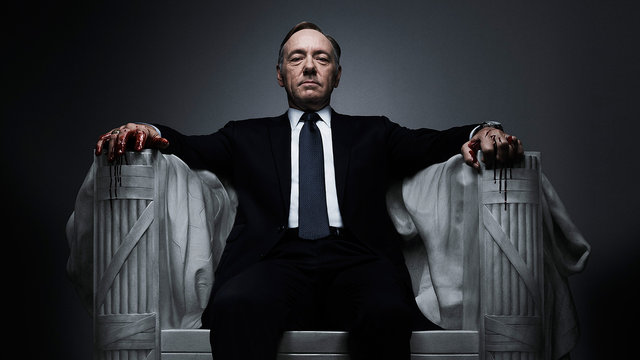 If you’re a frequent Netflix user, odds are you’ve seen advertisements for House of Cards splashed across the homepage. Apparently, all the ads and positive buzz for Netflix’s new critically acclaimed TV drama House of Cards are working, as Netflix is claiming that it is now their most watched show.

While Netflix hasn’t given out specific stats on the number of viewers, financial firm Cowen and Company decided to take matters into their own hands and conduct a survey to get an estimation of the show’s exact numbers. Of the 1,200 people Cowen surveyed, 10% of all Netflix subscribers had seen House of Cards during the first two weeks following its release. These people weren’t simply viewing the pilot either, as each subscriber had seen an average of 6 episodes, a significant number for the show’s 13 episode season.

Critics have been applauding the David Fincher produced show and those surveyed seem to have enjoyed it as well. Out of those surveyed, 80% said that they thought the show was either “good” or “exceptional”.

These are fantastic numbers for Netflix, which has already found a hit with just its second original show. It has been fascinating to watch the company transition over the past few years from a disc-based rental company to an online streaming company to a burgeoning original programming force. If the streaming company manages to have just one or two other successes in its upcoming lineup of original shows and, miraculously, is able to maintain its $8 a month price tag, cable companies should start seriously worrying about their future. Well, maybe not AMC and HBO, but the rest…