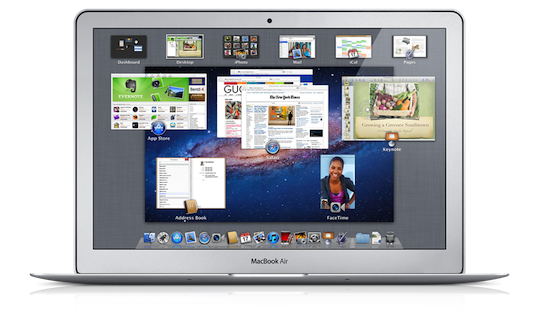 As July marches on, rumors are picking up concerning the release of OS  X Lion.

The current date pegged in most rumors is July 14. Word is that Apple Stores will be holding an overnight on July 13 for a visual overhaul.

Before major events, Apple store staff members will work to swap out graphic panels, window displays and products on the sales floor. With this release, staff may be required to update machines to OS X Lion, or simply swap out the demo Macs for ones that have been upgraded previously.

A previous rumor claims that Apple is holding the new MacBook Airs until Lion is out, so these machines may also make their debut on the 14th. It is clear that Apple is very proud of Lion, and the price point suggests that the company wants as many people as possible to upgrade to the new version of OS X as quickly as possible. Putting it on shiny new MacBook Airs would be a big step in that direction.

Apple pushed the gold master of Lion to Mac OS X developers one week ago today. Historically, GMs stick around for around two weeks, but with Lion, Apple can save time since the company doesn’t have to press DVDs for sale at launch. Hypothetically, releasing Lion is just a flick of a switch in the Mac App Store backend.

Stay close for more Lion news as we get closer to a possible release date, and be sure to stay tuned for our OS X Lion review!