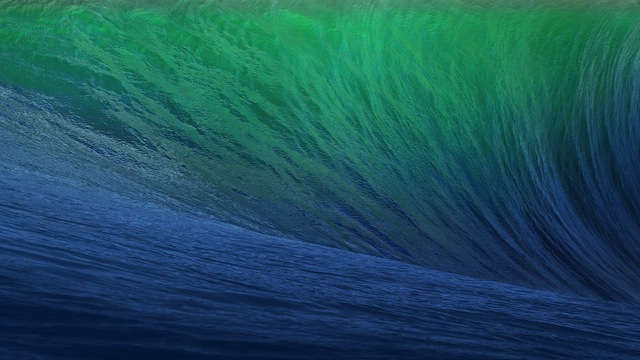 Apple published a huge wallpaper image of its Mavericks design on its website yesterday, which seems to hint at upcoming Retina iMacs and Thunderbolt displays. The 5,120 by 2,880-pixel image is the twice the size and height of the 2,560 by 1,440 pixels found in the current 27-inch iMac and 27-inch Apple Thunderbolt display. The hint was first discovered on Twitter by web designer Marvin Scharle.

A similar situation happened in 2011. Apple first hinted at a Retina display coming to the MacBook Pro lineup when a developer preview of OS X Lion included a high-resolution wallpaper at 3,200 by 2,000 pixels. Apple didn’t end up releasing the first MacBook Pro with Retina display until mid-2012, which was over a year later.

It’s a possibility that Apple is planning to bring a Retina resolution to its Thunderbolt Display later this year, alongside the new Mac Pro. Apple offered an exclusive sneak peak at the new Mac Pro, which has enough power to support three 4K-resolution displays. Right now Apple doesn’t offer any screens with a 4K resolution.

New rumors this week, by none other than DigiTimes, suggests that Apple will release a new iMac in the second half of 2013. The report didn’t mention whether or not the new iMacs would feature a Retina display, but, based on the high-resolution Mavericks wallpaper found in the first OS X Mavericks beta, the new iMacs could definitely be in for a high-resolution upgrade.