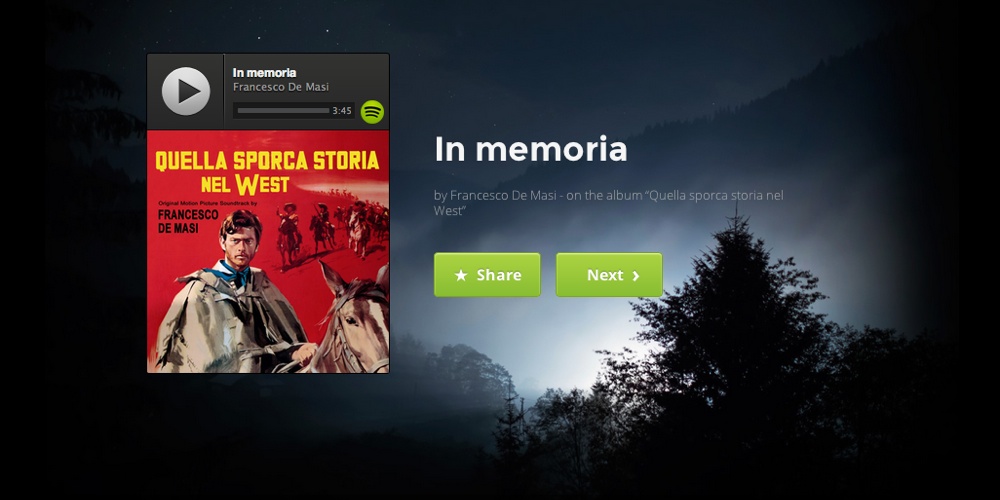 Did you know Spotify has approximately 4 million songs that have never been played by someone? That’s a heck of a lot of creative juice being wasted. Thankfully there’s a new site on the block that looks to bring that number down substantially by randomly streaming these songs to listeners. Forgotify is hoping to shed some light on artists who have seemingly had their stage time cut short in a digital world.

Of course, you need to live in a country where Spotify is available (Hint: that’s not Canada).

There is, however, a pertinent question that needs to be asked. How long will these songs stick around on Forgotify? Surely axing them once a song has played once isn’t doing the musicians any favours. My gut is telling me it’s one play and gone, but getting a new track at random from a library of 4 million songs is making it difficult to verify.

Forgotify is a neat idea, and it’s worth checking out.