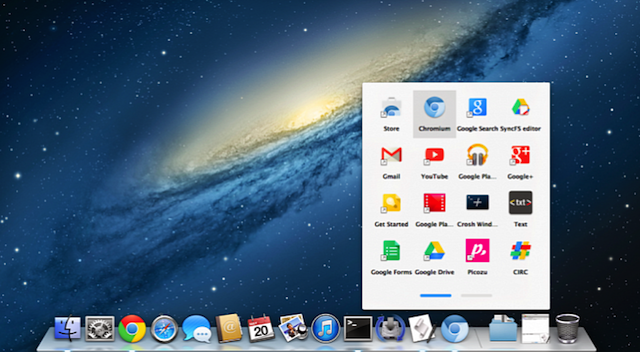 François Beaufort, a member of the Google Chrome team, posted a new image to his Google+ page revealing that Google is working on bringing the Chrome App Launcher to the Mac. Chrome users can even try out a beta version of it now by installing Chromium and then running a quick command in terminal. You’ll also need to download at least one app from the Chrome Web Store in addition to Chromium.

Once downloaded, clicking the dock icon will bring up a grid of installed apps. When you click on one of those apps it will open the browser window in full with the app you selected. The icon will then go back to is usual purpose of bringing Chromium windows to the forefront. To open other apps you’ll have to do it from the browser window itself.

It’s not clear when exactly a full version of the Chrome App Launcher will be available for the Mac, but with a beta version now available it’ll likely be here pretty soon.