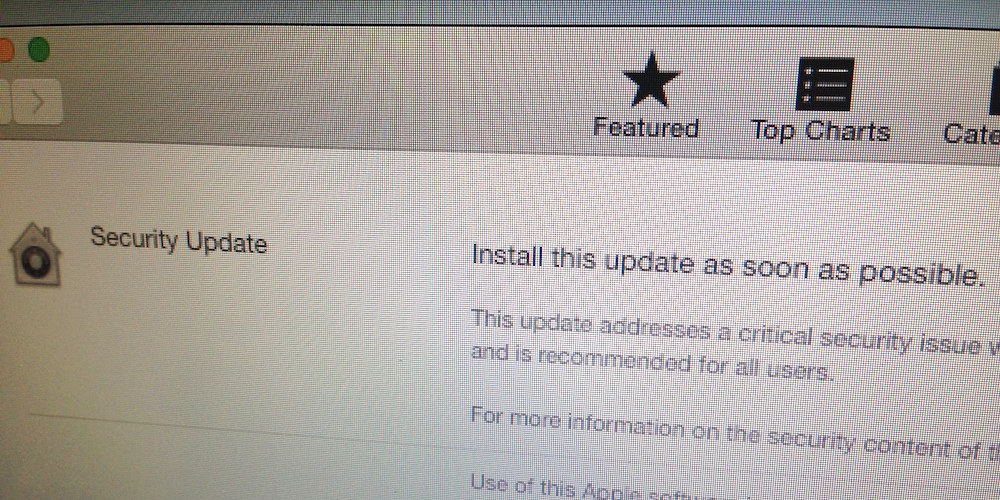 Pop open the App Store app as soon as possible—it’s time for another software update.

This particular update addresses a significant security flaw that affects the Network Time Protocol (NTP) component to OS X—basically, what lets your Mac keep its clock in sync with an online time server. The bug, according to Apple, “would have allowed an attacker to trigger buffer overflows,” possibly allowing attackers “to execute arbitrary code.”

In short, that’s security-speak for “attackers could run malware on your Mac.”

[Update: As Ars Technica points out, your Mac may have downloaded and installed the NTP Security Update for you. If you Mac automatically updated itself, you would have seen a notification banner telling you that “a new security update was installed on your Mac.”