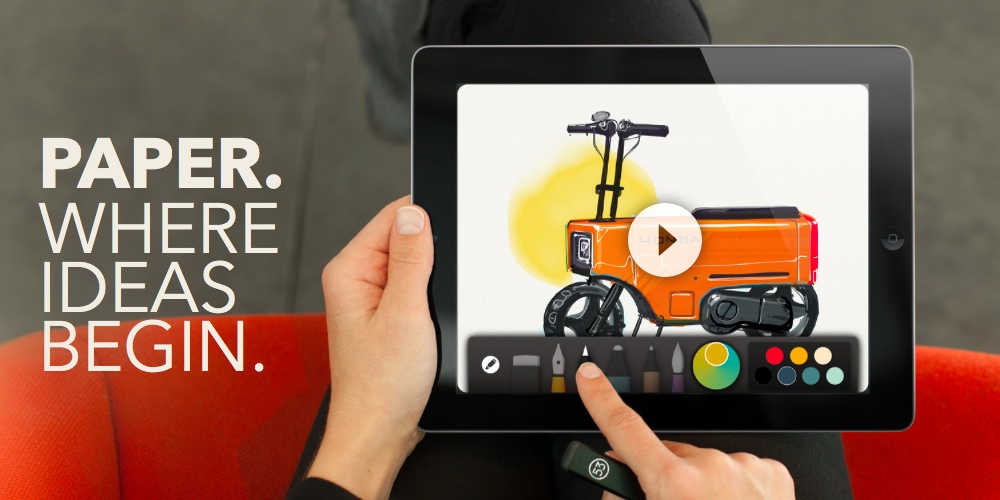 Well, that didn’t take long. FiftyThree, makers of the drawing app Paper, filed to trademark the app’s name in response to Facebook’s Paper app, according to TechCrunch. FiftyThree wasted no time on filing for the trademark: The company submitted its application with the US Patent and Trademark Office (USPTO) on January 30, the same day that Facebook first introduced its Paper app.

FiftyThree CEO Georg Petschnigg took to his company’s blog on Tuesday to state that Fifty Three “had reached out to Facebook about the confusion their app was creating, and they apologized for not contacting us sooner,” and that “Facebook should stop using our brand name.”

Facebook’s Paper is a very different app than FiftyThree’s Paper, but it isn’t unreasonable to think that some people will get confused by the two. In fact, FiftyThree points to numerous instances of where bloggers and others on Twitter had to clarify that Facebook’s app is a whole different beast from FiftyThree’s.

What happens next? It’s hard to say. I’m no lawyer, but landing a trademark you apply for is hardly a sure thing—just look at the Candy Crush Saga trademark, er, saga. In that case, developers are protesting against the proposed trademark—a common word much like paper—by creating candy-themed apps.

The biggest difference—aside from the allegations that King outright copied other games—is that in this case “Paper” is the app’s name, not just part of its name like “candy” is for Candy Crush.

Here’s hoping that the two sides can settle this issue before it gets dragged to court.

And if you’re a big company that’s working on a new app, um, maybe you do a quick search on the App Store to make sure that name isn’t taken before you release it. And don’t be a jerk if you do inadvertently use another app’s name, even if it is a common word. Just a thought.