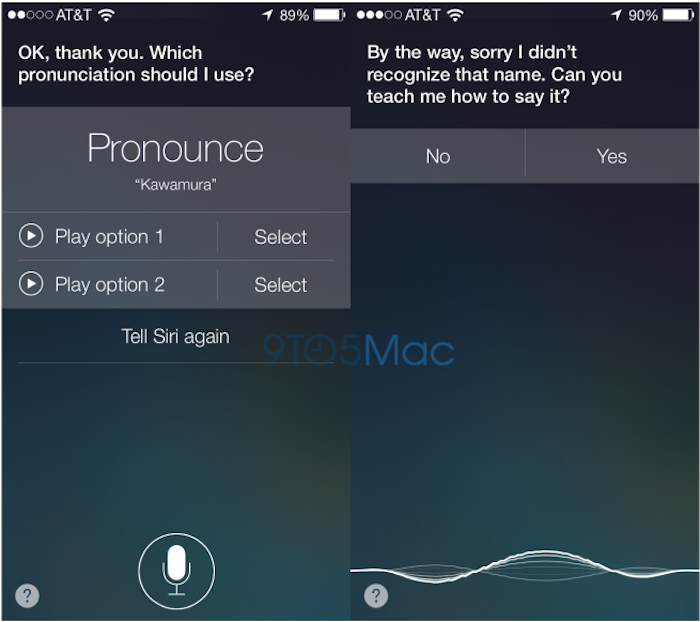 iOS 7 beta 2 has brought the ability to teach Siri how to pronounce names of contracts. iOS 7 beta users can now notify Siri when it makes a pronunciation mistake by saying something along the lines of “That’s not how you pronounce [name].” When you say that, Siri will bring you to a screen that asks you to properly pronounce the name. After you say said name, you’ll be brought to a screen that gives you multiple pronunciation options to choose from. If Siri knows that it cannot pronounce a name off the bat, it will ask you how to do so automatically.

Aside from the addition of name pronunciation, Siri has also been given new female and male voices in iOS 7 beta 2. Personally, I find these voices to be a bit awkward when compared to Siri’s iOS 5 and 6 days. As of now there isn’t a way to revert to the classic voice, but I hope we see the option in the future. Siri has also been given the ability to turn the iPhone’s LED flashlight on and off.

iOS 7 was announced earlier this month at Apple’s WWDC, or World Wide Developer’s Conference, event in San Francisco, California. The company announced new versions of iOS and OS X as well as new iterations of the MacBook Air, Mac Pro, and AirPort Extreme at the event.