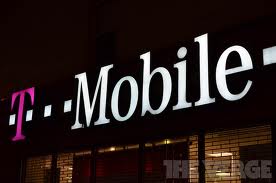 T-Mobile is definitely getting the iPhone, and after today we should know more about the details, as the iPhone is expected to have an important part in today’s “Uncarrier” event.

Of the four major U.S. carriers, T-Mobile is the only one that still doesn’t offer the iPhone. Back in January T-Mobile announced some big changes – it would start carrying the iPhone in a few months and it would be killing long-term contracts and subsidies, which was made official yesterday.

The iPhone is expected to play an important role in T-Mobile’s remaking of itself as the “different” carrier with the new no-contract, no-subsidy rules. Customers will pay a fee upfront and then pay a monthly charge on top of the service charge to cover the phone costs.

With the iPhone’s growing popularity, T-Mobile is hoping that by carrying the iPhone it will prevent customer defections to other carriers who already carry the iPhone.

T-Mobile is working on its 4G LTE network, which is expected to launch today, and the iPhone 5 is expected to be a showcase product for the network. It’s not clear if pricing or availability will be discussed at today’s event.

Back in December both Apple and T-Mobile said they would be bringing out products this year. T-Mobile CEO John Legere gave a little more info, promising that it would bring a different customer experience with its iPhone, hinting at a new way of buying the device.

A lot of this speculation should hopefully be answered at today’s event, so stay tuned to see what other changes T-Mobile will be making.

We’ll keep you posted once we hear more…