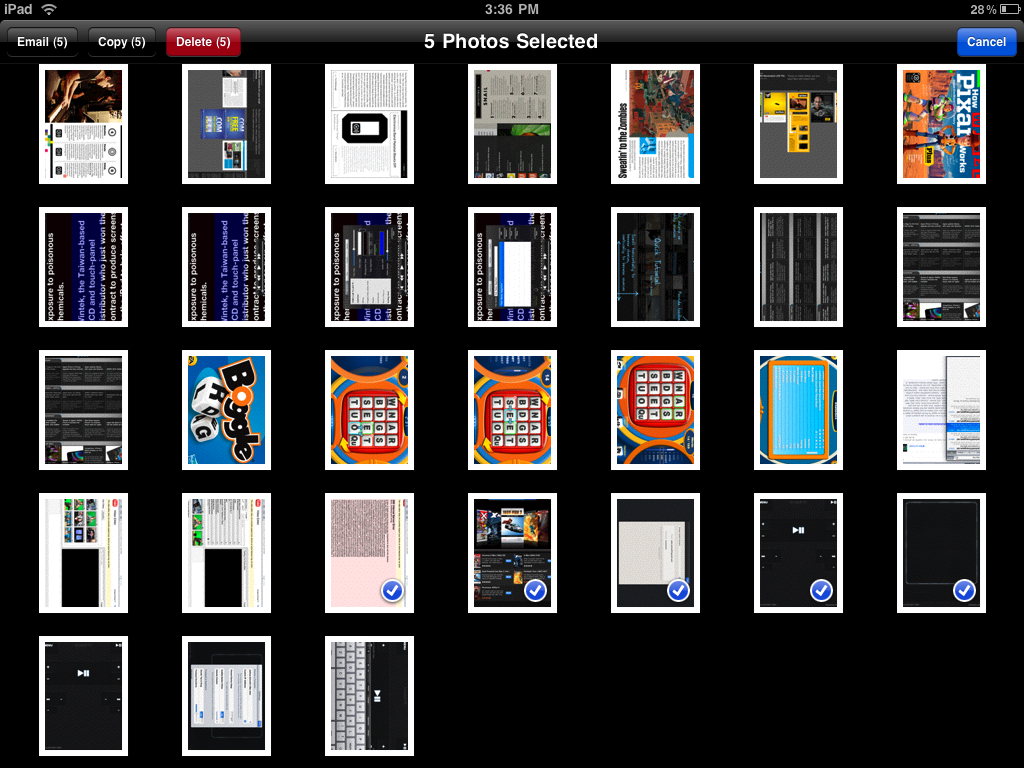 If there’s something the iPad excels at, it’s the Photos application. Being able to show off pictures in large resolution is a huge plus for the device, and it’s probably the reason Apple created the iPad Camera Connection Kit. Sometimes people love a photo so much that they want me to email them it directly. No problem; I can send off photos with a couple of quick taps. Select the photo, tap the button in the top right corner, select email, and we’re off the the races. But what about sending off three or four images at once?

The functionality exists on both the iPhone and the iPad.

Instead of opening the photo before you send your email, this time tap the button in the top right corner, then start tapping on the images you want to send to email (maximum is 5). A blue checkmark should pop up every time you tap on the photo.

Now in the top left corner click on the email button. You should now have your mail client popup with the photos all imported into an email. In iOS 4 for the iPhone

The process is the exact same as above, with the only exception being the way the buttons are labelled. On iOS devices the email button is labelled as “Share” and once you click the button you’re met with another button to email the photos.

It’s pretty straight forward.  You can also use this same process to delete photos en masse by hitting the delete button.  It really does make it easier to manage your photos.  Up until recently I was emailing photos one image at a time.  It was annoying for me, but it was probably even more annoying for the person I was emailing the images to, 10 emails all with one image in them is a bit much.