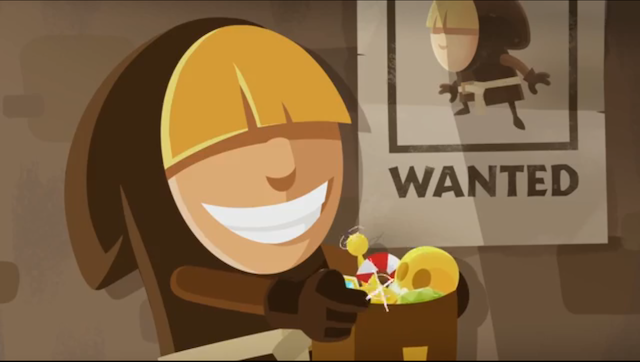 Rovio has just released a new game under its publishing arm, Rovio Stars. The Finnish entertainment company first announced Rovio Stars itself last May as a publisher of third-party mobile games, alongside the announcement of the new game, Tiny Thief, which launches today on the App Store.

Developed by 5 Ants Games in Barcelona, Tiny Thief is a point-and-click puzzle game that requires you to find hidden objects along your adventure, which is set in a medieval fantasy world. Each level of the game has three objectives that will earn you three stars: the main task, finding secret items, and finding Tiny Thief’s ferret friend. Completing the main task will earn you one star and an option to exit the level and move on to the next. However, if you want to earn all three stars, you’ll have to complete the other tasks as well.

As your a thief, you’ll also have to dodge the angry townspeople by keeping a low profile. There are wanted signs all over the place, and once you’re spotted there’s no escape so you’ll have to stay hidden from view.

Tiny Thief isn’t the first third-party game to be published by Rovio Stars. The first to be published was Icebreaker: A Viking Voyage, which was developed by London-based Nitrome Ltd. and is a physics-based puzzle game.

If Tiny Thief sounds like it’s right up your alley, you can get it from the App Store now for $2.99.