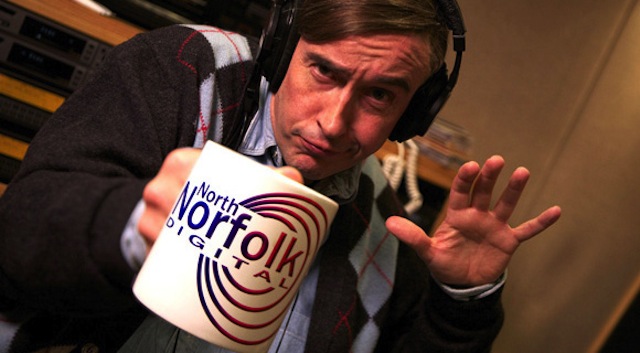 If you’re a fan of Alan Partridge or have always wanted to listen to his North Norfolk Digital Radio show, then you’re in luck. The BBC has released “Radio Alan: The Alan Partridge Player” for iOS which lets you listen to audio clips of Alan broadcasting. The app also throws in songs from your own iTunes library.

The app gives the impression that you’re actually listening to Alan’s show live on North Norfolk Digital. If you’re familiar with his show already, you’ll know that he has his own style of introducing songs. For example, “Keep your clubs away from his young, it’s Seal.” The app would then recognize if you actually have any Seal songs in your iTunes library and play it at the right time.

Any song that Alan introduces can be downloaded from a “Partridge Playlist” from inside the app, along with any other Alan favorites. Alan will also take a look at your iTunes library and let you know what he thinks of your taste in music.

The app includes preloaded clips taken from Mid Morning Matters, and more clips are available to download once you’ve listened to them all. More material will also be released in the future.

You can get Radio Alan: The Alan Partridge Player from the App Store now for $0.99.