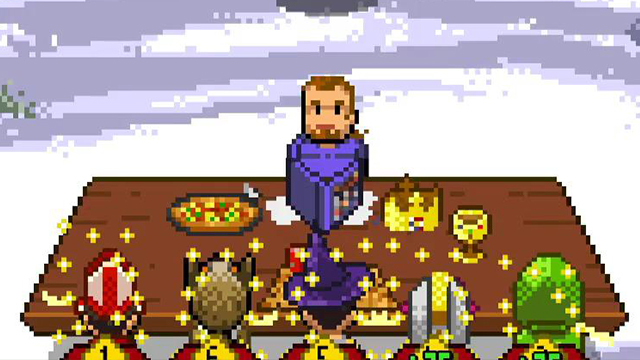 Role-playing game for iOS, Knights of Pen and Paper, has received a new update, which brings the game to version 2.02. The update brings more than just a few bug fixes though. It’s also bringing new monsters, traps, treasures, and powerful bosses.

You’ll see all this new stuff in new dungeons. The game also introduces The Tavern, a place to stash heroes and switch out party members. You’ll have more options than before for characters to implement during battles, adding more depth and variation to fights, and extended campaign filled with lots of new content.

Knights of Pen and Paper has been pretty popular on the App Store since its release, and was nominated for an International Mobile Gaming Award earlier this year.

The updated version of the game is available now on the App Store for free, or $2.99 if you’re new to the game.