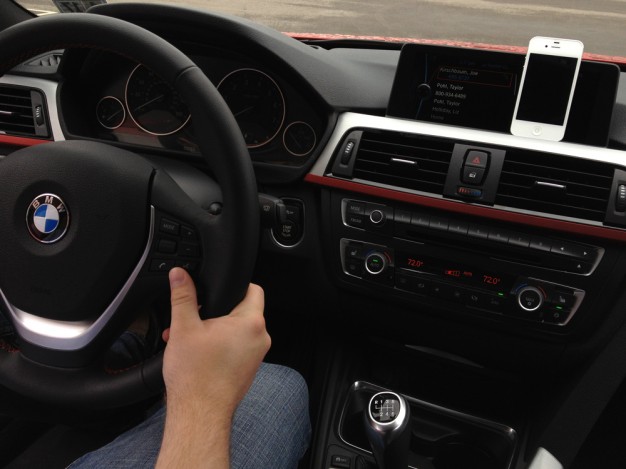 Apple has been slowly trying to get iOS more integrated into the cars of consumers, and with iOS 7, it seems like the company plans to make a significant push towards this goal.

Sources have told 9to5Mac that Apple plans to bring further Apple Maps and Siri integration into cars and that the company is currently in talks with several auto manufacturers to try and secure these deals. Apple is reportedly working on a new feature with car companies that will allow you to dock your iPhone and then have an enhanced version of Apple Maps pop-up onto a larger display within the car.

Currently, if people want to use their iPhone as a GPS in their car, they have to put it on a dock and look at the iPhone’s small screen. Apple wants to make it so that Maps can be easily mirrored over to a larger GPS display within the car.

All of this, will be controllable through Siri using the “eyes-free” feature that allows you to use Siri in your car without touching or unlocking your phone.

9to5Mac states that due to a number of reasons including numerous contracts with car companies and more required updates to Siri and Maps, it still may be sometime until these new integration features actually become available. Regardless of this, iOS 7 will still get the features ready on the phone side of things for when that time comes.