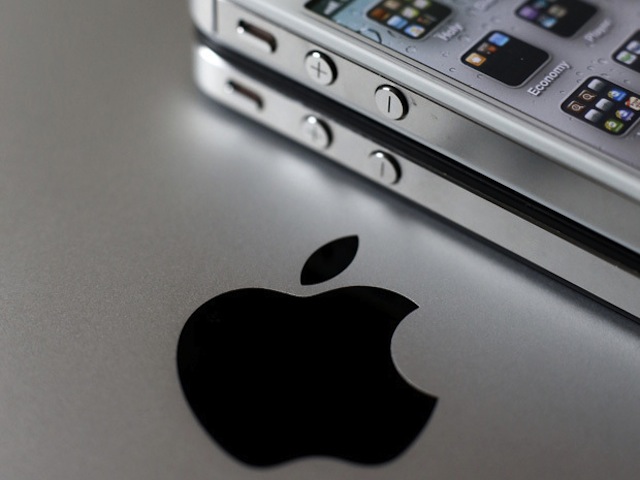 There are a lot of things to laugh about this morning, but Peter Misek may have just been crowned king of the analyst hill before the clock has even hit 9:00 AM. According to a report from Misek, the iPhone, like the Razr and BlackBerry before it, could take a mighty, and very quick tumble.

From the Street Insider, and referencing Apple:

Apple is switching to an IGZO display for the 9.7″ iPad to cut the weight in half and attempt to reboot sales; however, yield issues could still make this a CQ3 event. They also expect a retina mini.

The iPhone 5S and iPhone 6 may not be enough, according to the analyst. The phones could have fingerprint technology and we believe Apple is trying to move the iPhone 6 launch to CQ1 to stop the hemorrhaging to phablets, but historically when handset makers fall out of favor (e.g., the RAZR, BBRY, HTC) they fall faster/further than expected.

Let’s play along for a moment, and keep in mind that his “guidance” is his and his employer’s opinion based on nothing more than speculative information, reports, and “supply chain checks.”

By Misek’s logic, when a company fails, it fails. That’s about as insightful as his comments get. But, forgetting for a moment that the iPhone sales have actually accelerated release after release, forgetting that the iPhone has actually gained market share in the U.S., forgetting that the iPhone market share rose 2 % in December, and Android only rose 0.9%, and forgetting for a second that iPhone sales grew 50% year-over-year last quarter, Misek could be right. But, we don’t live in Misek’s dream world where we get to pick and choose our realities to fit our narrative. Plus, who wants to willingly forget that much stuff anyway.

Sure, when a brand falls, it falls quickly, but pretending that the iPhone is at that tipping-point, and continually mentioning Apple in the same breath as RIM and other failures at this juncture is laughable at best and insanity at worst. For starters, the BlackBerry didn’t “fall” overnight. Since Apple’s original iPhone announcement in 2007, RIM (now known as BlackBerry) made one terrible mistake after another for a period of six years. Over half a decade worth of poor management decisions is what resulted in the company’s current issues. I know time goes faster the older you get, but it’s hard to say six years is a “fast” fall.

The only thing falling fast these days is analysts’ grip on reality. Although, it’s hard to fall from zero grasp to even zero-er grasp, but it looks like someone in particular managed to make it happen. You can add this one to the long list of “horrible” predictions from Peter Misek. His predictions are so bad that in the last six months he’s gone from suggesting Apple stock could hit $900.00 to a more reserved $420.00 per share. Guess what’s dropping faster than RIM’s presence these days? It rhymes with  … credibility.