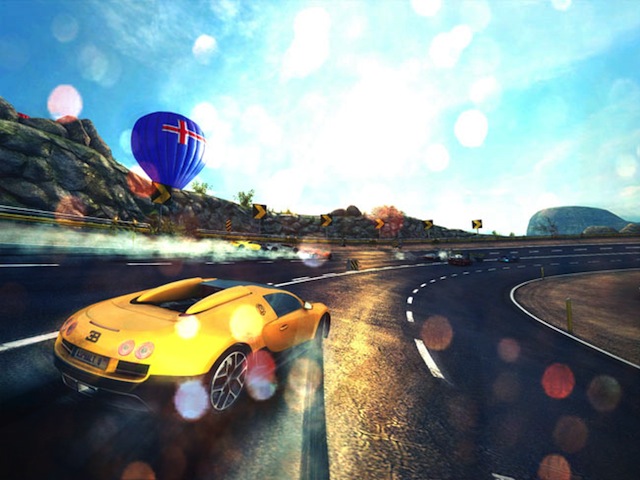 It was only a week ago that Gameloft released a teaser trailer for the upcoming Modern Combat 5 for iOS, but the mobile gaming company is already coming out with another game. Gameloft recently confirmed that the the high-speed racing game Asphalt 8: Airborne is on the way.

Gameloft has released a teaser trailer in a blog post that shows a little of what you can expect to see in the game. Some other details are also revealed, including the game’s low $0.99 price tag and that it will be released this summer.

Asphalt 8 also features eight new tracks to race that are set all over the world, from the Nevada desert to the streets of London. There’s also a bonus revamped Monaco track for all the A7 fans. Each track features a new place, which means a new environment. You’ll encounter dust, snow, and rain that’ll have you hydroplaning or sliding around through the track.

Gameloft points out that what really makes Asphalt 8 better than previous installments is the new physics engine, which makes you feel more in control when you’re out for a spin.

The game will also feature three multiplayer modes, both synchronous and asynchronous. Takedown mode is coming back and there are two new MP modes in A8, including Gate Drift and Infected. The first is a challenge to actually “drift” through different gates, while Infected is basically a game of tag where you pass on the infection to get your health back.

Gameloft hasn’t confirmed all the platforms that Asphalt 8 will be available for and a release date hasn’t been confirmed yet, beyond the general summer release. If Gameloft follows its usual pattern, Asphalt 8 could hit the App Store first, followed closely by a Google Play version.