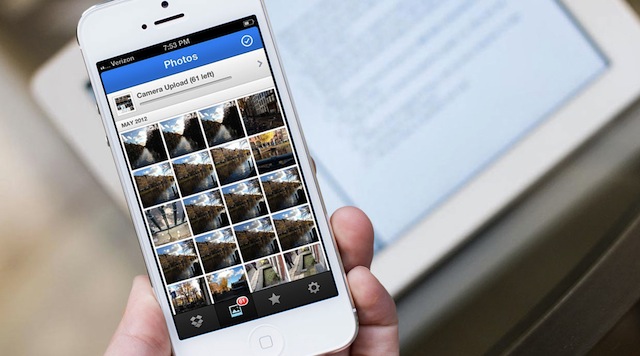 Dropbox app for iOS has just been updated. The new version of the app brings a number of improvements to the popular cloud storage service. This is the first update since the app’s big redesign in mid-December, bringing the app to version 2.1. The biggest improvement in this update is the new built-in viewer for PDF files.

Before now, the app’s PDF viewer just offered a full-page scrolling option. Now it also offers a thumbnail index view of the pages of the open PDF file. By tapping the grid button, it’ll bring you to the index window.

The new PDF viewer also provides new buttons for searching in an open document and for viewing the table of contents. Two new buttons are placed beside the three that are already there for sharing, starring, and printing and opening in other apps.

The Dropbox update also brings more push notifications support, specifically for when another Dropbox user shares a folder with you.

Finally, the update also brings the ability to now sort files by date modified. Just tap the sorting button next to the search bar in the app’s folder view and you’ll be able to choose between sorting by name and sorting by date modified, or newest-oldest.

Dropbox works with iPhones, iPod touches, and iPads running iOS 5.0 or later. You can get Dropbox 2.1 in the App Store now for free.