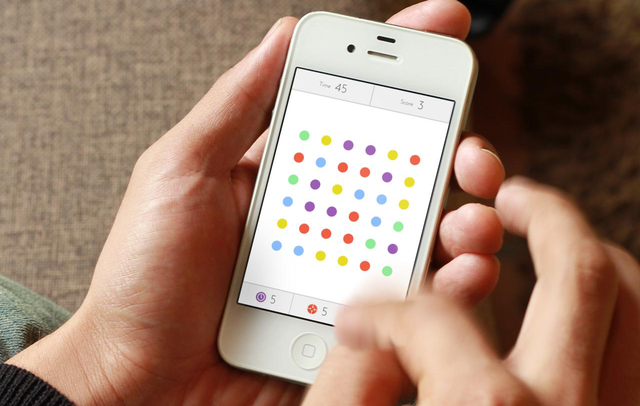 Back in the days where not everyone had a mobile device in their pocket, dots used to be a pretty fun game to play when all you had was a piece of paper and a pen. Since being released for iOS only two weeks ago, Dots by Betaworks One has already been played 100 million times.

The game play is a little different than the version I remember playing as a kid, but still fun and addictive, as well as an excellent waste of time. You start with a screen of 36 colored dots and you have 60 seconds to get rid of as many dots as you can by connecting straight lines of the same colored dots.

Betaworks designed Dots as part of an experiment to release new beta products every week for six weeks to see what works. Betaworks announced a week ago that the game hit 25 million game plays about a week ago and has since reached the 100 million mark in a total of two weeks since it’s release.

Dots is a free download from the App Store with some in-app purchase options for extra features.