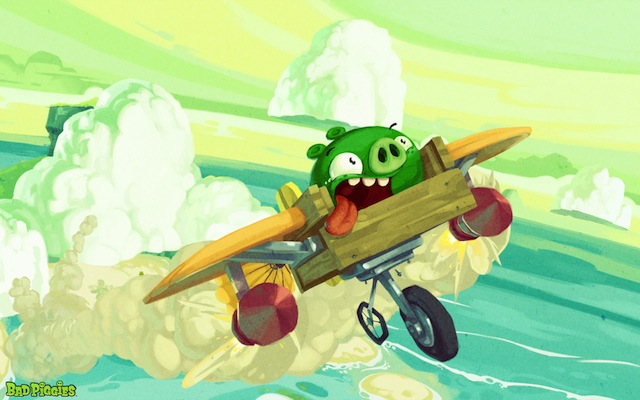 One of Rovio’s popular games, Bad Piggies, has been updated today. The update brings fifteen brand new sun-drenched levels, along with some new gadgets to help you beat them, including a suction cup gadget for climbing walls and a spring-loaded boxing glove.

If you haven’t had a chance to play Bad Piggies, here’s what it is in a nutshell: instead of helping the Angry Birds get revenge on the pigs, you play from the perspective of the pigs. You won’t be slingshotting birds through the air.  You’ll build the ultimate device to help you fly, crawl, roll, or crash your way to the eggs.

Here’s all the new stuff included in the Bad Piggies update:

All versions of Bad Piggies have been updated, but the free versions for the iPhone and iPad have received only five new levels. You can get the newly updated game from the App Store now, or download it for $0.99.