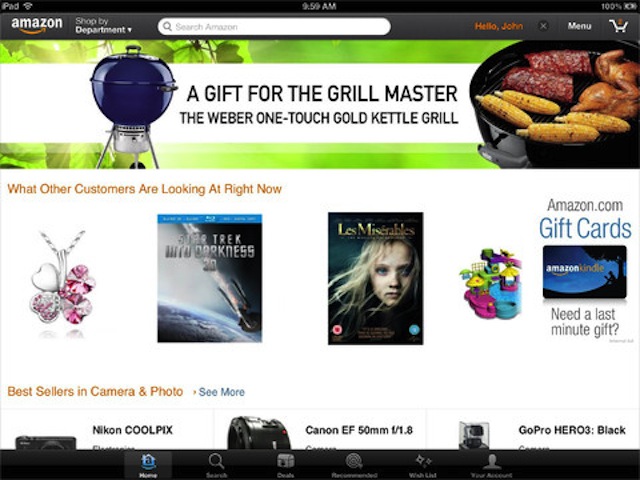 Amazon has just pushed out a new update for its Amazon Mobile app for iPad, which lets users browse the company’s products with Shop by Department and introduces the app in Japan and China.

Amazon Mobile is Amazon’s main shopping area for both iOS and Android. The Android version has been available worldwide for quite some time now, and it looks like the iOS version is finally starting to catch up by bringing it to China and Japan for the first time.

The new version of Amazon Mobile also lets customers shop and browse products by category, which Amazon refers to as “Shop by Department.”

Both the iPad and iPhone versions of the Amazon Mobile app also received the customary bug fixes and performance improvements. You can get the new Amazon Mobile for free on the App Store.