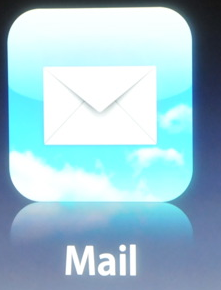 One of the 7 Tentpoles during the Steve Jobs announcement of the iPhone 4.0 OS release was Mail, an app that we all practically live in and heavily rely on to bring about some structure to the overload of information we receive on a daily basis.

The forthcoming iPhone OS release Mail has been enhanced just enough to be worthwhile. Another neat functionality integration is threaded messages. Essentially, if you have related messages they’ll appear together in a separate screen, listed chronologically. See the example below. Note the double brackets (>>) in the the display. One publicized capability that I wasn’t able to test directly was the reported ability to open attachments in third-party apps – no real mention thus far has been made of what those third-party apps are.

I did have emails with excel attachments that were able to open, but I’m not necessarily impressed by that because prior to installing 4.0 my iPhone was unlocked, so I’ve been able to open Word, Excel and PDF files for a long time.

My experience these last 48 hours with the 4.0 OS  has me very much on the fence and not seeing very much that is very compelling. Yes it is still very early beta (again 48 hours since the release to developers) and there will undoubtedly be fixes, tweaks, enhancements, and slight additions added to the OS version before it is officially available to the general public this summer. With that in mind…I’m going back to 3.1.2 and waiting for atleast a more matured beta.