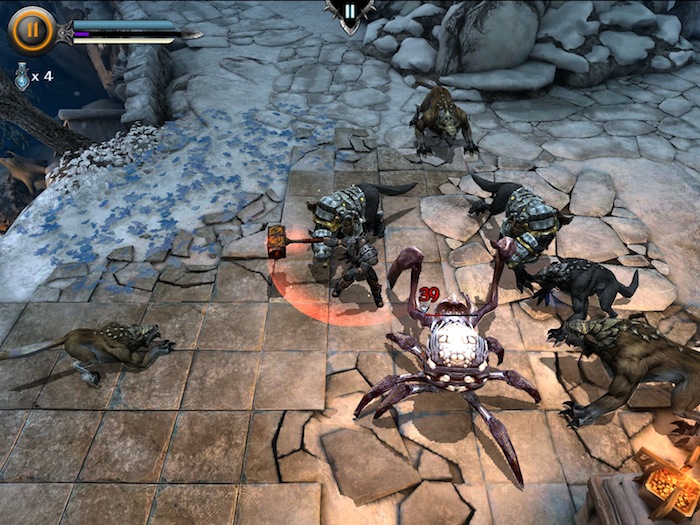 Last March Epic Games had some stage time during the iPad announcement to show off its new Infinity Blade: Dungeons title. At the time there was no concrete announcements about release dates, and expectations were handled pretty well. Today, however, word is rolling around on the street that the company will have more delays in launching the title. By delays, we mean the project is actually on hold.

Epic Games founder, Tim Sweeney, took to the company website to publish an article on the situation, stating:

When former members of Big Huge Games approached Epic last year, we saw the opportunity to help a great group of people while putting them to work on a project that needed a team. It was a bold initiative and the Impossible folks made a gallant effort, but ultimately it wasn’t working out for Epic.

This means that Infinity Blade: Dungeons is now on hold as we figure out the future of the project.

That’s terrible news. If any game is responsible for really pushing the ethos of iPad gaming, it was Epic Games and its Infinity Blade series. Delays suck, but hopefully by the time the company ships the game it’ll be bug free, and all systems go. That said, given the likelihood of iOS 7 and a next-generation iPad just around the corner, we have to wonder what kind of changes would have to happen to bring the game in line with that kind of change-up. Hopefully it’s not the beginning of the end.