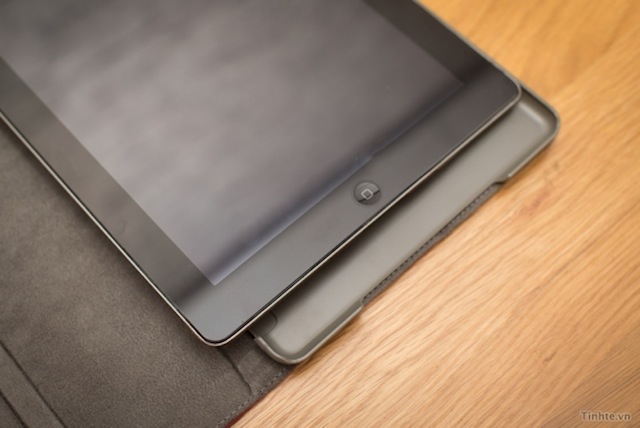 We heard rumors that the next-generation iPad will look a little more iPad mini-esque with thinner side bezels. A new video circling the web today (which was live and then mysteriously went private) shows a case reportedly designed for Apple’s iPad 5 that takes into account the thinner bezels, but also suggests the next iPad’s height will also be slightly reduced.

The video comes from Vietnamese-language site Tinhte.vn, and gives a good indication of what a smaller full-sized iPad could potentially look like. The video shows someone holding a current iPad over the new case, and you can see how much wider it is than the case, which suggests a smaller iPad 5.

The case shows that the next-generation iPad will also be a little shorter than current models. While it’s unlikely that Apple will change the screen size, since developers would have to modify their apps, it’s possible that the bezels at the top and bottom will also be slightly adjusted, though not as much as the sides. Tinhte.vn is a reliable source as it previously reported on leaks in the past that proved to be accurate. In 2010, the site got a hold of a pre-release MacBook and in 2011 its showed off a prototype iPhone running a “test” build of iOS that featured an unreleased Exposé-style multitasking interface. On top of that, the site also got a hold of a third-generation iPad last year before it was released to the public, all of which adds credibility to the fact that this could really be a case for the next-generation iPad.

The case also shows a spot for a centered rear microphone, which matches up with rumors from last week. The thinner bezels of the new iPad are expected to make the device 25% lighter and 15% thinner. The iPad 5 is expected to launch this fall, but we’re still waiting for confirmation on this from Apple to know for sure.