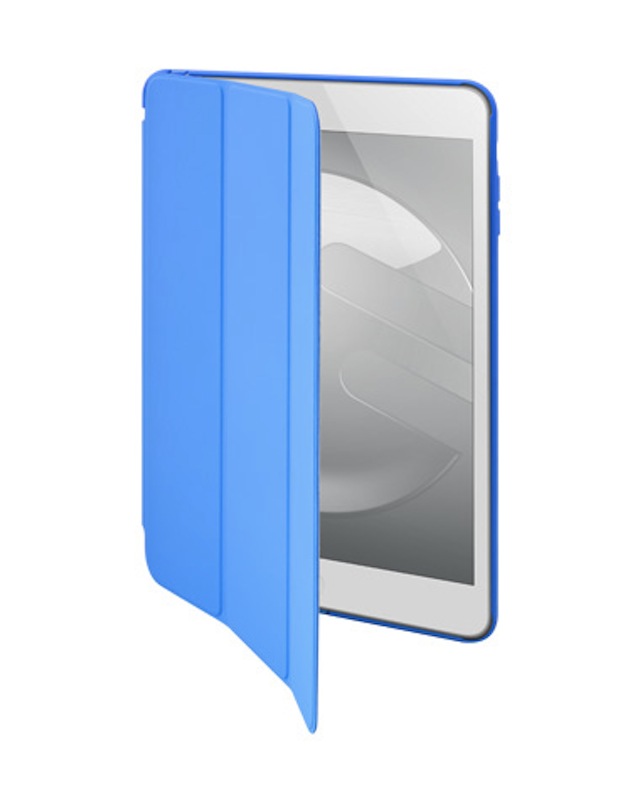 Unlike the regular sized iPad, Apple hasn’t yet released a Smart Case for the iPad mini. If you’ve been on the lookout for something to protect the back of your iPad mini that is also compatible with Apple’s Smart Cover, SwitchEasy’s CoverBuddy might be the way to go.

The case, at 1.5mm thick, snaps easily onto the back of the iPad mini. It has the necessary holes around the iPad’s speakers so sound won’t be blocked and there are openings for the Lightning port, rear camera, side switch, top microphone, and headphone jack. The case has press-through button overlays that cover the volume and sleep/wake buttons.

The CoverBuddy also comes with four plug covers for the headphone jack and Lightning port — two for each in case some get lost. It also comes with an adhesive screen protector and a microfiber cloth.

The CoverBuddy is designed to work perfectly with Apple’s Smart Cover and works to cover everything that the Smart Cover doesn’t. The rubber material makes it less slippery so it’s less prone to slide off of something or slip out of your hand.

If you’ve been looking for a Smart Cover companion, this might just be it. Head over to the SwitchEasy website to check it out.