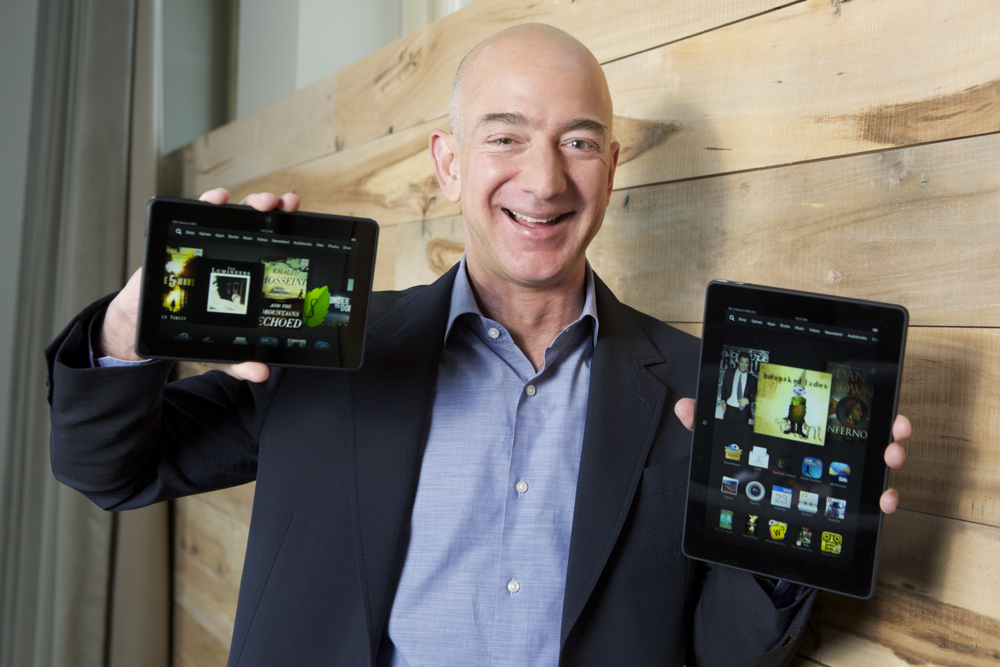 Following yesterday’s announcement of Apple’s lighter and new iPad Air, Amazon decided it wanted to remind its customers that there are even lighter tablet options out there to buy. Amazon has since posted an ad for its upcoming Kindle Fire HDX tablet on its homepage with the caption “Lighter than Air.”

The Kindle Fire HDX is Amazon’s soon to be released 8.9-inch tablet, which weighs in at 0.82 pounds. This, Amazon reminds you, is significantly less than the iPad Air’s weight of one pound.

The ad is somewhat deceiving, however, as the iPad Air has a fairly larger screen over the Kindle, with a display size of 9.7 inches. Apple’s iPad mini, which has a 7.9-inch display, is still lighter than either of the two with a weight of 0.73 pounds. Even lighter than that though, is the 7-inch version of the Kindle Fire HDX, which weighs a mere 0.66 pounds.
So while Amazon is correct to say its Kindle Fire HDX is lighter than the iPad Air, the smaller screen size of the device makes the statement somewhat misleading.

Don’t be surprised to see Apple come back with a small jab of its own sometime in the future.