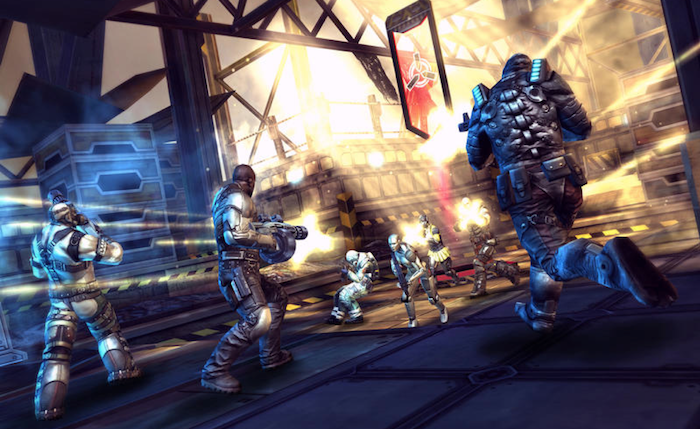 Shadowgun: Deadzone has just launched on the Mac App Store with a price tag of free. Madfinger Games, the developers behind Shadowgun: Deadzone, launched the game a few weeks back on Windows and Facebook, and has been available for quite some time on iOS and Android. Mac users can play with other users on other platforms seamlessly online and can pick up where they left off on another device. For instance, if you’re playing a game on your Mac, and run to catch the bus, you can continue to play on your iPhone.

Shadowgun: Deadzone is a free-to-play multiplayer shooter game. Users can play the game and earn XP and currency for free, but can also purchase more using actual money. You can also pay to upgrade your account to a premium account for more in-game rewards.

As far as gameplay goes, users can play in multiple game modes: standard, Deathmatch, and Zone Control that is unlocked at rank 4. The game has 21 different weapons, different BOOSTERS, multiple items and other cool elements. As of now, gamers can play up to 12 other Shadowgun: Deadzone gamers at once in an online multiplayer match.