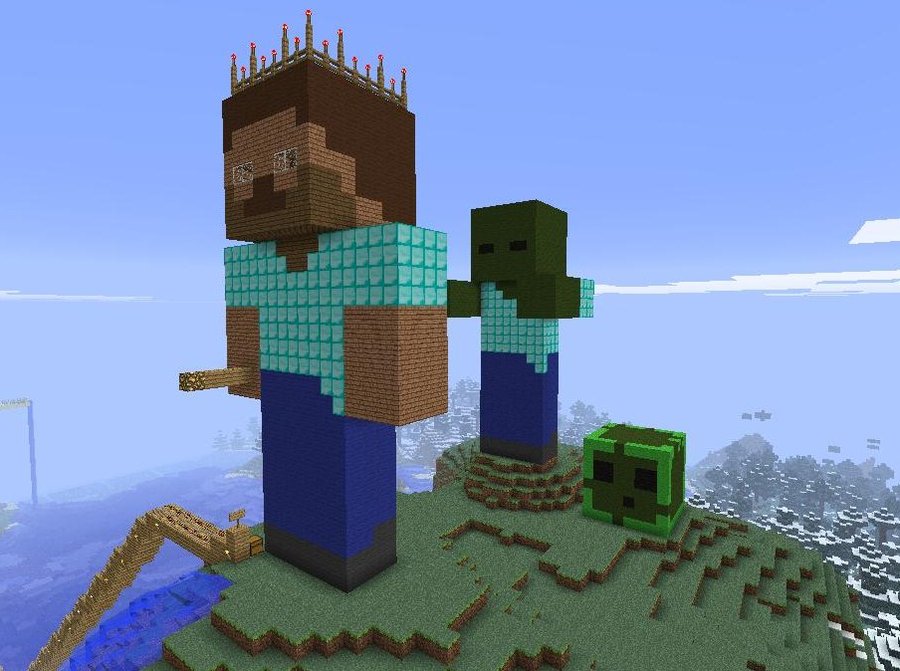 While the app store’s games category has grown to a ridiculous size, encompassing all manner of games, there are a few that stand above the rest as the most iconic and popular gaming experiences on Mac devices. In the past few years when smartphone gaming has become such a widespread and constantly practiced hobby, these few games have remained popular in the face of new offerings. And perhaps even more interestingly, they’ve managed to inspire other gaming experiences in the form of sequels, new games online, and in some cases even real-world experiences.

Here’s a look back at some of the iOS gaming apps whose reach goes well beyond the app market.

There have been a number of extremely popular games since the first Angry Birds, but it’s probably safe to say nothing has caused quite the sensation this little slingshot tower destruction game churned up. Not only did the game spawn its own line of sequels, such as the entertaining Star Wars edition), but it’s plain to see that other developers have attempted to imitate the cartoon aspect of the game. Just as the actual “birds” of the game became images representing the overall phenomenon—they can even be found on apparel and products—it seems a number of other apps have tried to create similarly cute and engaging characters. Tiny Wings and Bad Piggies are two games that come to mind as having attempted to follow the same path to success. Although to be fair, Bad Piggies comes from Rovio, who also designed Angry Birds.

The Room is a very inventive twist on an “escape the room” game that actually invites you deeper into a mysterious chain of rooms, boxes, and strange contraptions. It was awarded the iPad Game Of The Year for 2012, and its sequel, The Room Two, was just as impressive. Not only has the game served as a sort of strike back for premium games in the face of freemium domination, but its style was so popular that a Google search for “games like The Room” turns up multiple articles on the topic. Additionally, while I can’t say this is definitely a result of The Room’s popularity, New York City now has a real life escape-the-room attraction, called Escape The Room NYC!

This wasn’t originally an app game—PopCap had it featured at a number of arcade sites online—but it has nevertheless become one of the most enduring and beloved app titles. Like the previous two entires on this list, PvZ did inspire a sequel. However, it also had an impact on the zombie gaming sub-genre, where it’s now far easier to find light, comical games as opposed to just bloody undead shooters. Without a doubt, the Zombie Rush slot/arcade game is the clearest example. Not only does the game’s art vaguely resemble that of the PvZ series, but InterCasino notes that it consists of the following scenario: “A whole bunch of undead has decided to invade the neighborhood and dump radioactive waste everywhere.” This carefree premise and neighborhood approach is the sort of game we’ve begun to see more of in the wake of PvZ, and it’s essentially expanded the genre of zombie gaming, which was already thriving busily across all gaming platforms.

Like Plants vs. Zombies, Minecraft was not originally an iOS app. However, it did achieve much greater notoriety when the mobile version (Minecraft PE) reached the app store. Now, people are free to build up their Minecraft worlds competitively, in collaboration, or in an independent creative mode any time they wish. But the true reach of Minecraft is in the number of additional apps and imitations it has seemingly spawned. Lone Swing posted a fun little article on three games that look an awful lot like Minecraft for iPad and iPhone use, and that’s not to mention the multitude of “seed” apps available as Minecraft helpers and add-ons. Furthermore, it seems that the Minecraft sensation is poised to keep growing, as the game is also popular on Xbox and was purchased by Microsoft!