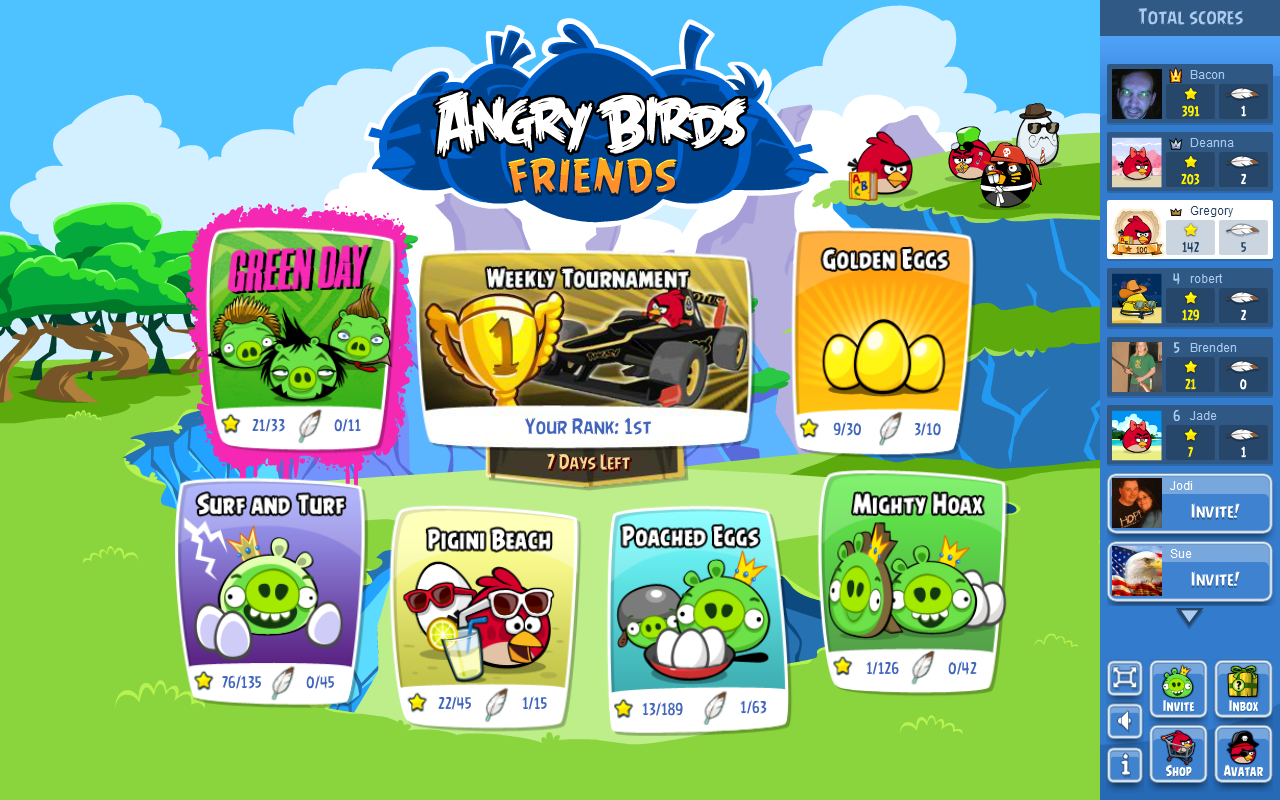 Angry Birds Friends takes typical Angry Birds gameplay and centers it around competing for high scores with your Facebook friends. The game first launched on Facebook nearly a year ago in May 2012 and has racked up a baffling 1.2 million daily users and an average of 60 million installs each month.

Pop some piggies with your friends wherever you are! Angry Birds Friends spruces up the classic Angry Birds experience with fun new social features that integrate with Facebook. For the first time ever the fans of Angry Birds can use their mobile to challenge their Facebook friends in weekly tournaments for the coveted bronze, silver and gold crown on the levels. Gather daily rewards, send and receive gifts of power-ups with your friends and brag about your accomplishments.

While Rovio hasn’t given an exact date for the game’s release besides “soon”, it is likely that it will be released sometime within the next few weeks.

Rovio also released its most recent financial report today, with the company proving to have made $195 million in revenue and $71 million in profit in 2012. The most impressive figure to come out of the report, however, was that 45% of all Rovio’s revenue is now coming from merchandising. The company also revealed that its games now host a combined total of 263 million monthly active users.

In what first seemed like a soon-to-die fad, I think it’s safe to say that we can now begin preparing to hand Earth over to our Angry Bird overlords.