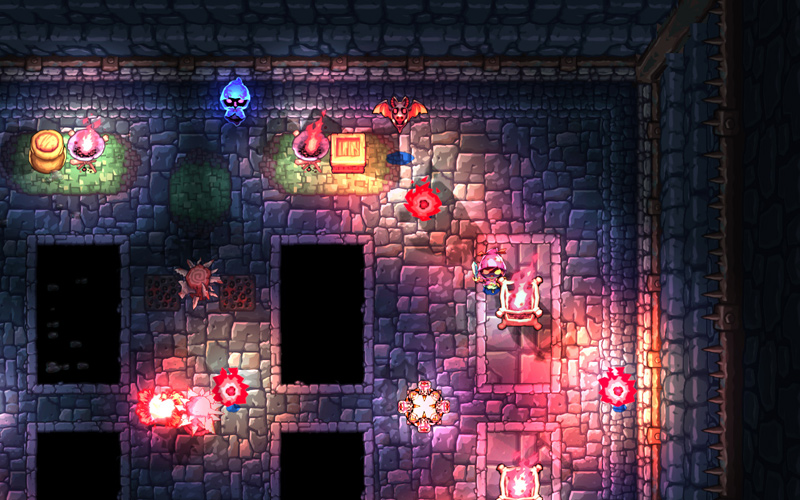 Pixelscopic, the creator of Delver’s Drop, the Zelda-esque action-RPG game, has surpassed its Kickstarter funding goal of $75,000, garnering more than $82,000 from backers since the game made its way onto Kickstarter on February 8.

There’s still seven days left to join in on the campaign to fund this Kickstarter project. Even though it’s already reached its funding goal, there are still more benefits to supporting it. If the campaign makes at least $115,000, Pixelscopic will implement four-player multiplayer options and if it reaches $240,000, the developer will bring the game to Nintendo’s 3DS and Sony’s PS Vita.

In the game, you have been imprisoned in a complicated castle and your task to is to navigate through the dungeons and other layers of the castle to escape. Along the way you’ll fight your way through eight zones of randomly generated rooms and enemies, while trying to solve different puzzles throughout the game.

Delver’s Drop is coming to iOS, Android, and Ouya in February 2014.