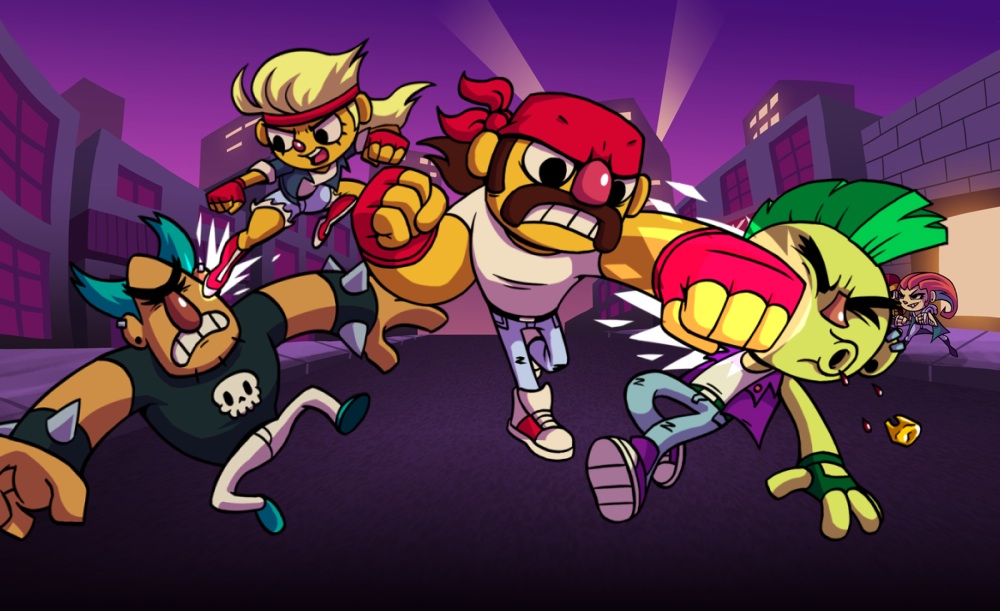 Looking for a fun, free game to play on iOS? Check out Big Action Mega Fight!, a new title by Montreal-based Double Stallion and game dev incubator Execution Labs. BAMF! reminds us of the good old days and strikes that nostalgic heart string.

This game screams throw-back with its retro art style, classic side-scrolling brawler gameplay and campy dialogue. It has been described as Streets of Rage meets Scott Pilgrim: the game. Those with a keen eye will notice little nods throughout the game such as a crashed Delorean in background or a level complete screen that reads “A winner is you.” Granted, on their own these references wouldn’t hold water, but accompanied with rock solid gameplay, butter-smooth controls, and eye-pleasing graphics, BAMF! stands out among the ever-growing catalogue of iOS game options.

What sucks? There’s only one character and the pacing picks up fast, making later levels pretty tough until you get the chance to level up.

Buy it? It’s free. So ya, download it immediately at this iTunes link.

If you become a big fan of the game, you can even grab some merchandise for it from Swagling, an Ottawa-based merchandising company for gamers.