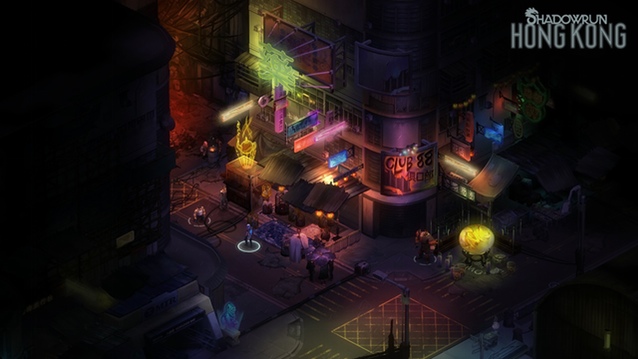 Editor’s Note: This is a guest post from Mac games writer Ric Molina. Visit MacGamerHQ for more of his work.

We may be well into fall now, but Mac gamers should never forget the Summer of 2015. In the span of three months, Mac gaming saw some of this year’s biggest releases—Middle-Earth: Shadow of Mordor, Company of Heroes 2, Heroes of the Storm and Lego Jurassic World. Even old-school gamers got some love with Star Wars: Knights of the Old Republic 2 and Homeworld Remastered Collection.

These are all amazing games, but the downside to such an amazing lineup is that some true gems have gone unnoticed. Check out these 10 noteworthy—but lesser-known—Mac releases that still deserve your attention.

How many successful Kickstarter campaigns can a single company launch? Many, if what Harebrained Schemes has accomplished with the Shadowrun franchise is any indication. The company’s  latest game, Shadowrun: Hong Kong, is no exception. Hong Kong follows the same winning formula as previous shadowrun games: It’s a turn-based tactical RPG set in 2056, within the Hong Kong Free Enterprise Zone. It includes a brand new single-player campaign and a level editor. The campaign is like that of Shadowrun Returns, but the biggest addition is the Level Editor. With the Level Editor, you can create your own campaigns and share them with others, opening a whole new world of possibilities. This particular addition makes Hong Kong the most accomplished Shadowrun game and one of the best modern Mac games.

Looking for a “refreshing experience”—something completely different to what you usually play? Then you should give Her Story a try.

Developed by Sam Barlow, Her Story is a difficult game to categorize. The game is an interactive movie game that asks you to use police video clips to solve the case of a missing man. The tapes, based on a fictional police interview from 1994, revolve around the interrogation of the man’s wife. All her words are transcribed and searchable, allowing you to explore the database, watch related clips, and eventually piece together her story.

If you’re wanting to play something similar to Hotline: Miami, but with more strategy and depth, The Masterplan might be perfect for you.

Developed by Shark Punch, The Masterplan is a tactical squad-based game set in 1970s America. This game is all about planning and executing heists: The heists are important, but a big part of the game involves the preparation and management of your crew. It’s up to you to hire the right goons for the job, equip them, and execute the right strategy (stealth or guns blazing).

The game features beautiful hand-drawn graphics that provide a 2D top-down view. This gives you a great vantage point  for planning and executing your heists.

You Must Build a Boat

You Must Build a Boat comes from EightyEight Games, the developer behind indie hit 10000000. And just like 10000000, this game is a hybrid between a puzzle and a role-playing game.

The game will give you a boat that you have to upgrade. To do so, you will have to explore dungeons, fight monsters, and complete missions. As soon as you venture into a dungeon, the game becomes an endless runner with a match-3 tile game. On the top of the screen, you will see your character run and find monsters and treasure chests. On the bottom, you will need to match 3 or more tiles of the right type to progress—swords and magic wands will damage monsters and keys will open chests.

Are you a fan of the Metal Gear games? If that’s the case, the indie stealth-based game Volume should be right up your alley.

Developed by Mike Bithell, Volume is a game heavily inspired by Metal Gear Solid. Volume tells the story of a young thief and his device called “Volume”. With the help of the artificial intelligence residing in the device, the young thief gains the ability to simulate high-profile heists and share them with the world over the Internet.

The game has you stealth your way through levels as you work to avoid guards, dogs, and automatic turrets. The game includes many levels, but it also supports user-made levels as well. With the right community, this can result in endless gameplay possibilities.

The Magic Circle has the most interesting plot I’ve seen in a long time. You take the role of a QA tester in charge of making sure a game is ready for a demo…except the designers drop the game during development, leaving you trapped inside the unfinished game. At that point, a rogue AI appears and teaches you how to manipulate the creatures of the world.

The plot’s a little off the wall, but trust me, it’s a winner.

This title, developed by Question Games, involves a mix of puzzle-solving, combat, and exploration. You will learn to use your god powers to swap animal behaviors, body parts and more. This should help you solve puzzles and eventually finish the game.

Absolute Drift is a racing games that focuses on one thing, and one thing only: drifting. Your goal is to drift for as long as possible. It may sound simple, but the gameplay is perfectly tuned to demand skill and practice to become a master. The top-down view and beautiful graphics perfectly complement the game’s mechanics.

Developed by Funselektor Labs, Absolute Drift lets you customize cars and use them in several different game modes. You have Driftkhana, Drifting and Mountain Drifting modes, and over 24 levels to play. The game also includes five free-roaming areas, online leaderboards, and full controller support.

At first, the game doesn’t look all that special, but it does tackle a huge scope. The game involves a 300-year war and spans several generations of characters: Your choices not only impact your character, but also his children. Traits are passed down the lineage and marriages are important. All must be done for the good of the realm!

And as the Immortal Ruler of the nation, your Bloodlines are your most important legacy.

Born during the Minecraft “gold rush”, developer Re-Logic opted out of cloning the game. Instead, it decided to take Minecraft‘s essence and bring it to a 2D world. Terraria is a 2D side-scrolling game that lets you build, dig, explore, and more. The world is randomly generated, making the exploration side of the game so appealing. But it’s the crafting and construction that make this game so much fun. You have so much freedom, and you can build and do whatever you want. This game will kill hours of your time.

Considered by many as the spiritual successor of Syndicate Wars, Satellite Reign was a big Kickstarter success.

Satellite Reign, developed by 5 Lives Studios, is a role-playing and strategy game hybrid. Set in a cyberpunk city, the game puts you in charge of four agents, each with unique abilities. You will get to customize your team according to your strategy—you can choose to destroy your enemies head-on or hack their facility instead.

Your cybercrime team will go from job to job until eventually battling for control of the city.

With so much variety, at least one of these games should be right up your alley.