Editor’s Note: This post was written months ago, and we never got around to putting it up on the site. I feel it is a very worthwhile post, and it needs to see the light of day.

As many know, and some have yet to find out, having the ability to access the Internet from a device in your pocket opens many worlds. It provides uses that most could not fathom when they did not encompass their little portal in their pocket.

I know for me, having the ability to be able to look up anything I want, no matter where I am, has been quite handy. I can figure out where the hell I am in Chicago, and which direction I need to head without having to ask somebody. That person may or may not know exactly where my destination is located. Take for instance, my girlfriend and I were in Chicago, looking for the Hard Rock Cafe, we started out heading in a direction, and the GPS was able to pin-point us and we were able to determine exactly where we needed to go. All without having to wait an extremely long time or be misguided by someone.

Maybe it is just me, but there are a few things amongst the wireless industry that push my buttons. They are as follows: handset exclusivity, tethering (or lack there of), dubious wording within terms of service, contracts, and lack of flexibility within service plans.

Handset exclusivity, in my opinion (which really means nothing to most) is an outdated model. I believe as though Google is trying its’ hardest, with the Nexus One, to break the mold of the US consumer’s conception that phones must be cheap. The average unsubsidized cost of the three leading cell phones, the Palm Pre, iPhone, and Google Nexus One, is $593. The initial upfront cost of having to pay for an unsubsidized phone is not worth the sticker shock for most consumers. Consumers would rather pay an average of $209 and be committed to a 2 year contract with a carrier. These contracts, of course, come with a penalty where the user must pay an average of $191 to get out of the contract early.

While I can understand the upfront cost being amortized over the length of the contract, what I cannot understand is why more consumers do not look at the long-haul in terms of prices. Let us take a look at each of the three biggest phones cost over two years.

Now, why so much for a voice and data package? Quite simple, the wireless carriers must recoup some of the initial cost of the device that they must pay to the handset manufacturers. In order to facilitate this recovery they charge fees on services that do not cost them all that much. The prime example in this is the fees associated with unlimited text messaging plans. The unlimited text messaging on an AT&T plan is $20.00 per month, for individuals and $30 a month for a family plan. Considering that the maximum size of a text message is up to 160 characters per message and the average user sending 408.4 text messages per month. This data is per subscriber in December of 2008, according to the US Census. (US Census). Therefore, if one user sends 400 text messages a month they are effectively paying $0.05 per message. The average cost of a megabyte worth of text messages would be $327.68. The formula would be 1MB (1048576/160) = 6553.6 (total text messages to equal one megabyte). If you take the 6553.6 * 0.05 the total would be $327.68 for one megabyte of text messages. I do not really see how it could cost AT&T $327.68 per megabyte to send a text messages.

Data plans. With more and more mobility and consumers’ desire to ‘always be connected’, wireless carriers have determined that they must charge for data. I am not going to argue the need to pay for data. However, let us look at all of the places we pay for data. Home internet, mobile internet, cell phone internet, hotels, Wifi hotspots and others. If we take data only, we will use the iPhone 3G for example, it costs $30 a month for ‘unlimited’ (we will get to that in a bit) data. We will assume that the average iPhone users uses 500 megabytes a month. This may be low, but there are no reliable figures for data usage. A user is effectively paying $60 per gigabyte, or $0.0000006 per megabyte. Now this is a more reasonable measurement. Can you imagine if Comcast were to charge for $60 a gigabyte. A monthly bill would be $15,000 for the maximum 250GB. I understand that they are two different technologies, but you get the point.

Mobile computing was a topic that you never heard of years ago. But now it is all over the place. The biggest issue is that there are way too many options and users are being forced into purchasing plans all because of a phone.

‘Unlimited’ Plans. This type of marketing has cease. If the plan is not unlimited, meaning I can download 10GB worth of data, then companies should not be able to call it unlimited. If there is a cap, tell me what the damn cap it, and give me an accurate way to measure how much data I have used. Without an accurate measurement (which I sense is the biggest issue) companies cannot effectively limit what a user ends up using.

Wireless carriers, in my best guess, would all prefer to charge on a per megabyte basis instead of offering packaged deals. While I am not opposed to this type of billing before there is massive adoption certain items must be in place. Without these items provided to consumers they will not be willing to pony up the cash. The first of the required items is ACCURATE methods of tracking how much data they have used.

Without the ability to track exactly how much data has been used by a consumer users will not be willing to ‘switch’ from an, supposedly, ‘unlimited’ model to a ‘pay per megabyte’ model.

The second thing required is the ability to do what they want with their wireless service within reason. No, I do not mean they should be able to hack the network, steal user data and the like. I am envisioning that tethering should be included automatically with all pay per megabyte plans. If I want to download a 1GB file on my laptop over a wireless carrier then I should be able to. I will be paying to the bandwidth anyway, so there should be no limitations on what I can do with the service. With this, all phones, regardless of how ‘basic,’ should include the ability to tether to the phone. Tether should be available over bluetooth, via wire, and over wifi.

The final thing would be lower priced and more tailored plans. Some people do not want or need a ton of talk minutes, but really want data and text messaging. T-mobile USA has been the only one to accommodate this type of user. They currently have Data-only plans for phones. Yes, all of the major carriers have their 5GB plans for devices, but T-mobile is the only one I have found that will provide data only for a handset. So those of us who are stuck on another carrier yet want to get a Nexus One without being stuck on EDGE can do so without the requirement for a voice-plan.

Maybe I have just become a curmudgeon, or maybe I am just sick of being screwed by the wireless companies, but I am no longer going to sign a contract. I will only be buying unlocked or paying full price on phones. Yes, I am fully aware that it will cost me more upfront for the handset, but guess what, when I have to pay more for something, I am more likely to use it until it completely breaks. Along with this, I will not be signing up for any contract, it will be month-to-month only. I cannot start this until July of 2011, because I am under contract with AT&T for the iPhone 3GS.

There will come a day when all of this does get resolved and comes to fruition. Once that day arrives it will be great for consumers and the phone companies alike. Consumers will be able to get what they want, and use the service they are paying for in the manner they desire. All the while, the wireless companies still make money. Maybe it will happen, but maybe this is all just a pipe-dream. 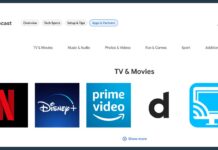