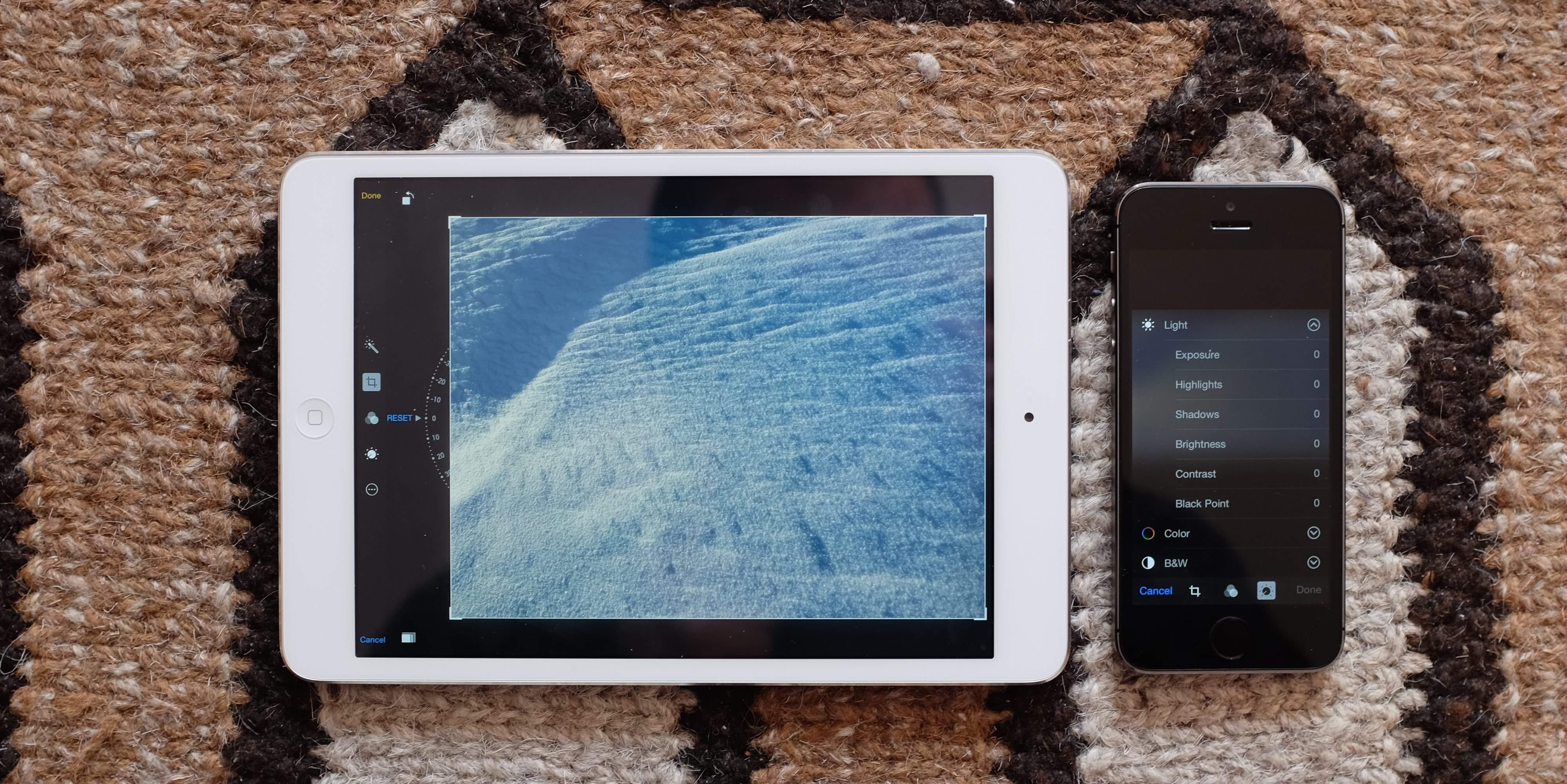 This forthcoming Photos app from Apple has capital-A ambitions: A from-scratch photo editing app to replace iPhoto and Aperture that’s tied to a cloud based image library, that automatically synchronizes changes across any Mac or iOS device, and which—unlike iPhoto or Aperture—people actually look forward to using. As someone that uses iTunes regularly, there’s a part of me that has, like, a disproportionate amount of doubts about this.  But I so want to believe in this unicorn photo future.

Photo management in 2015 lacks unity. There are great apps for syncing and uploading images you’ve taken on your phone, even better apps to edit those images, and 1 billion different ways to share those images with others. The problem is that there’s no single app that will take care of it all for you. And there’s definitely no app that will manage all this across all your devices. Especially if you take pictures with something besides your phone, finding a way to manage and edit images between a laptop, tablet, and phone involves enough legwork to probably not be worth bothering with in the first place.

Batch editing images on iOS devices is at best a time sucking pain. Transporting images out of your Mac feels about the same but more convoluted. Certainly there are ways: It’s near sustainable if you’re willing to go iOS only. There are neat ways to manage a single cloud based library you can refer everything to. There are even Adobe apps for that!

But let’s be honest. These workflows, ingenious as there are, can’t escape their nature as a patchwork of separate interchangeable parts which no one wants to admit are mostly makeshift and totally replaceable and kinda suck.

Take, for example, what my photo life consists of today: A ton of pictures that take up space on my Camera Roll and iCloud (which I never bother to manage since 80 percent are nonsense outside the iMessage thread they were intended for), photos I’ve immediately shared on Instagram, pictures I took with my Fuji sitting on an external drive divided between Lightroom (when I’m trying to be serious about photography) and iPhoto (when I just finally need to print the Christmas pictures because everyone is asking for them because I’m that guy who brings a camera to the Christmas party), a certain amount of everything aimlessly being automatically uploaded to Dropbox or Google+ or (maybe) Flickr, and a good chunk of time and money wasted on finding and testing new apps that improves my setup in some marginal way that ensures I’ll keep flip flopping between solutions every few weeks because there’s nothing I like better than procrastinating on the App Store.

You can understand my excitement over what Photos promises.

We praise Apple’s influence on the music industry to the point of mythologizing it, but its authority over the photo industry is almost underrated. There hasn’t been much to report besides delays and an unfixed release date, but we seem to be ignoring the significance of the forthcoming Photos app.

If it pulls this off, Apple will not only sell the most popular cameras in the world, but also provide the best photo management software in the world, with one app that utilizes the strengths of all your devices (sharing on iOS, importing and editing on the Mac) and is capable enough to satisfy the majority of users1. If, and it’s a big if, it works out, it’ll be the sort of quintessential, ’only Apple can’ magic everyone doubts they’re capable of anymore. There’s little hyperbole in claiming Apple could become the preeminent photography company in the next couple of years.

Just please, please don’t let it become the next iTunes.

*1: And with app extensions, there’s the possibility to transform photo editing through the Photos app (either on iOS or Mac) into your own bespoke tool. VSCO filters immediately pop into mind, but there’s no reason you couldn’t port popular Lightroom plugins like TopazDenoise into powerful extensions that open up all sorts of possibilities.