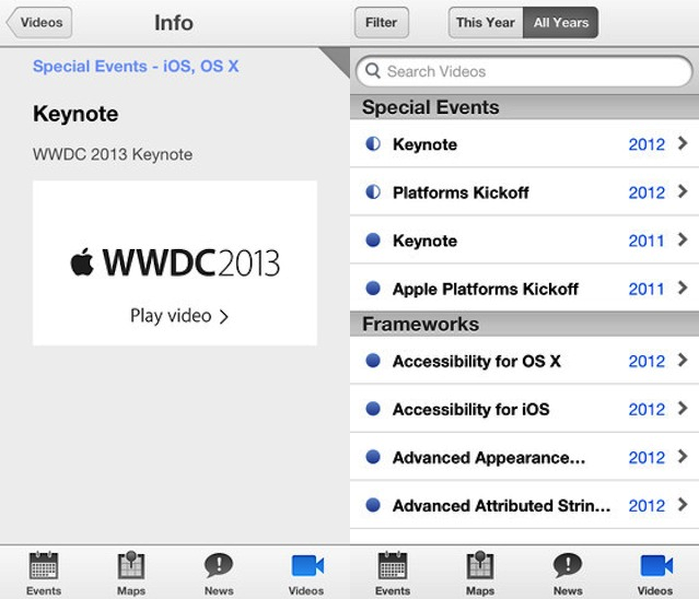 Apple has pushed an update to the official WWDC 2013 iOS app, bringing it to version 1.0.1. The update includes a few fixes to make the app look better as well as a few video playback updates. For instance, WWDC videos will continue to play via AirPlay even if you lock your device or take a call. We’ve listed the rest of the changes below.

WWDC, or the World Wide Developers Conference, is set to kickoff next week. The event kicks off with Apple showing off the latest versions of OS X and iOS during its hype-filled keynote. From time to time, the company will also announce new hardware at the WWDC keynote. After the keynote, the rest of the week is filled with talks for Apple developers. We will be covering all of the announcements that are made at WWDC, so stay tuned.