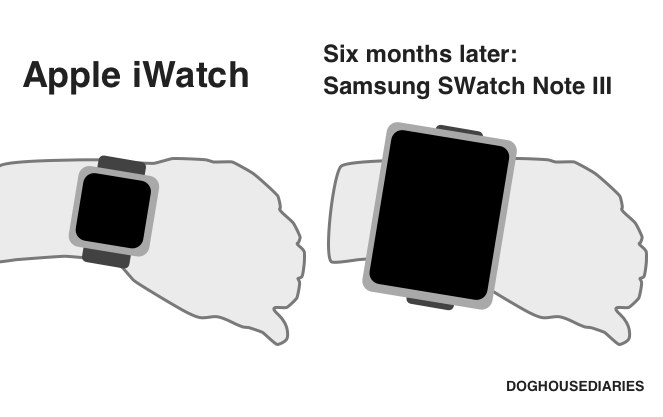 Let’s be real, you were all thinking it. I mean, it’ll be argued in court that the design choices were obvious, that prototypes were in the works for years, and that no matter what, they ended up in the same design space as Apple independently. But, we’ll all know the truth when we see it.

Unless that truth is Apple just kickstarted an iWatch rumor to get Google and Samsung off the scent of something they’re working on, which probably wouldn’t be the first time in the industry.  If that’s the case, which we may never really know, it would be pretty hilarious in its own right.

This image, from Doghouse Diaries, is pretty great. It tells a story without actually having to sit down and use words. Who knows, maybe we can team up with them to create pictures for all of our stories instead of us having to actually put words to the news.