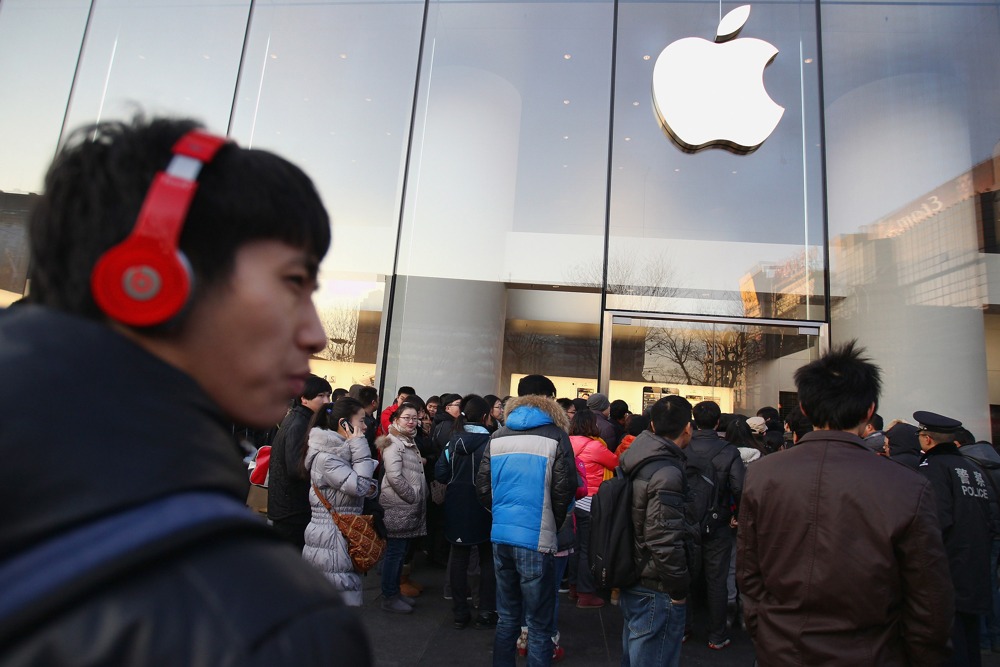 Ten Apple products — including the iPad, iPad Mini, MacBook Air and MacBook Pro — were omitted from a final government procurement list distributed in July, according to officials who read it and asked not to be identified because the information isn’t public. The models were on a June version of the list drafted by the National Development and Reform Commission and Ministry of Finance, the officials said.

Sure, I get the concerns, considering all the Snowden leaks. Whether or not Apple is complicit in aiding the US government matters little to the Chinese government.

For Apple, however, any negative press within the country could impact the bottom line. “Apple depended on Greater China for about 16 percent of its $37.4 billion in revenue last quarter.”

China’s state television network, China Central Television (CCTV), has been handing out left hooks to Apple’s jaw with regularity over the last couple of years.

In 2013, CCTV accused Apple of “discriminatory after-sales services” for their warranty program, and “of skirting warranty periods and adopting customer-service policies for Chinese customers that differ from its practices in other countries.” Then, months later, the television network blamed Apple for students taking out hefty loans to purchase Apple products.

That brings us to the present, and full circle.

Apple does not have access to Frequent Locations or the location cache on any user’s iPhone at any time. We encrypt the cache by the user’s passcode and it is protected from access by any app. In the interest of even greater transparency for our customers, if a user enters their passcode successfully, they are able to see the data collected on their device. Once the device is locked no one is able to view that information without entering the passcode.

The quote clearly points out that Apple “doesn’t” collect the information, but there’s no mention of whether Apple, or a third party like the NSA, could theoretically (or in reality) break their security procedures. Apple has gone on record stating that they are not working with government agencies, or providing an agency like the NSA with a backdoor into their system.

What’s hilarious about this whole debacle is that it’s almost as if  the Great Firewall of China cracked a little bit and let in some news from back in 2011, resulting in pure panic from CCTV.

Back then, Scientists realized that the iPhone was collecting coordinates in longitude and latitude, and placing timestamps alongside the information, essentially tracking a person’s location. It was deemed “Locationgate,” and Apple had its day in court over it already. Apple responded, much like it did recently to China, and then issued software patches to fix the problem.

CCTV is complaining publicly about something the rest of the world knew back in 2011. It has seemingly taken the Chinese government 3 years to respond to the news.

You can’t make this stuff up.