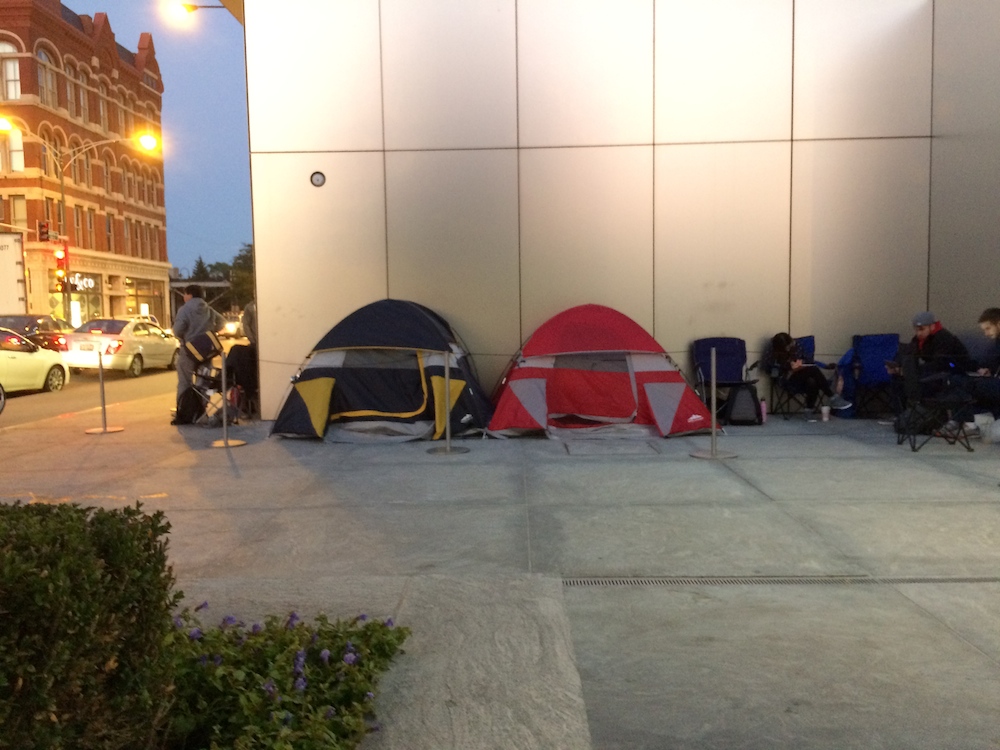 It’s the night before the launch of the iPhone 6 and 6 Plus, and lines have already formed at Apple Stores around the world. At Chicago’s Lincoln Park Apple Store, the line spans around the corner of the building as of Thursday evening, and has continued to grow slowly over the course of the night. While most customers I saw were sitting out on lawn chairs, I spotted a couple of tents and a heck of a lot of MacBooks. Forest Chambers, first in line at the Lincoln Park store, told me that he staked his place out at 3:30am early Thursday morning—the day before the iPhone launch. This is his first Apple Store line, he said, and he hopes to get his hands on either a gold or space gray iPhone 6 Plus Friday morning. Chambers’ reason for waiting in line? He didn’t want to wait even longer to get his hands on a new iPhone.

“I had to do something to get it, and I didn’t want to wait until October,” Chambers explained. “And If I’m going to do it, I’m going all in and I’m going to be first in line.”