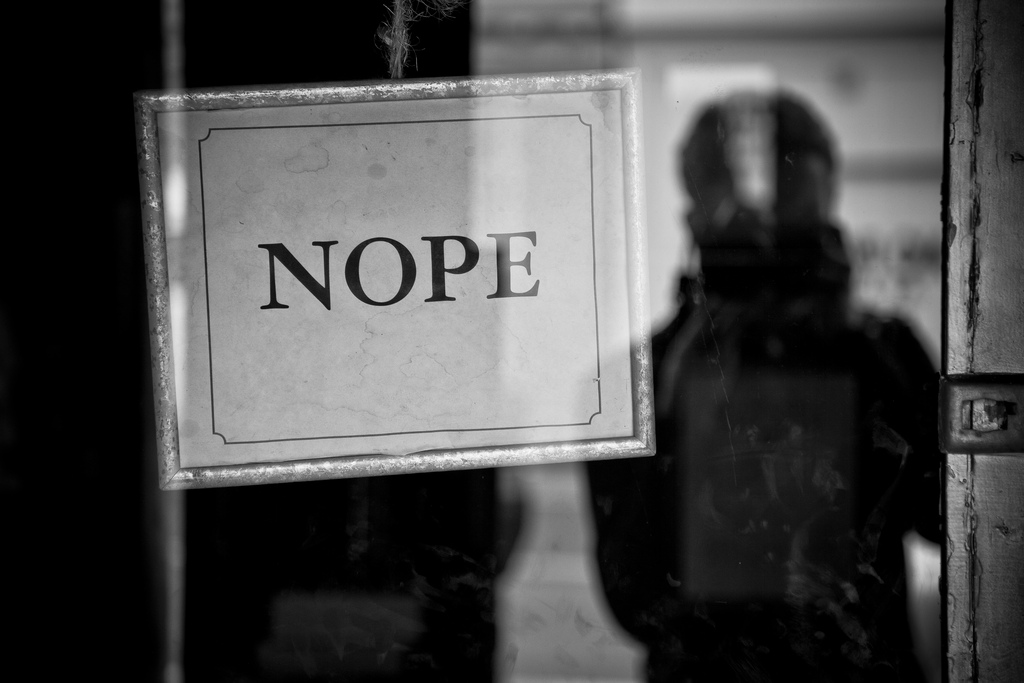 As expected, the fine folks representing Samsung in its patent trial against Apple have asked the court to stay the patent infringement trial so that it can take a second, or is it fifteenth, look at the patents from the case. Judge Lucy Koh met the request with a big, fat, nope.

According to the folks over at CNET, Samsung is still concerned that the US Patent Office has begun second guessing a number of the key patents used in the case, and whether or not those patents are rightfully awarded to Apple:

Samsung argued that the trial should be put on hold because the US Patent Office was questioning the validity of Apple patent No. 7,844,915, also known as “pinch to zoom.” That particular patent, which covers a method by which users can bring their fingers together and separate them to create a zoom-in or zoom-out effect, is considered key because it’s the only one for which Apple can collect money for lost revenue.

You can’t blame the Samsung folks for trying, but we’re starting to get the feeling that Judge Koh is getting to the point where she hopes this thing is over. We can’t blame her either, what a gong show.

I mean, check out this quote from her decisions:

“If Samsung is truly concerned about efficiency, the court encourages Samsung to discuss with Apple an agreement to forgo post-trial motions so that the parties can expeditiously appeal this entire case to the Federal Circuit.”

This case has been going on since 2011, and from the sounds of it won’t be slowing down any time soon either. Originally Samsung was ordered to pay $1 billion in damages, then a new jury whittled that down to around $600 million. Late last week, another jury found that Samsung owed an additional $290 million, bringing the grand total owed to Apple in the ballpark of $890 million.