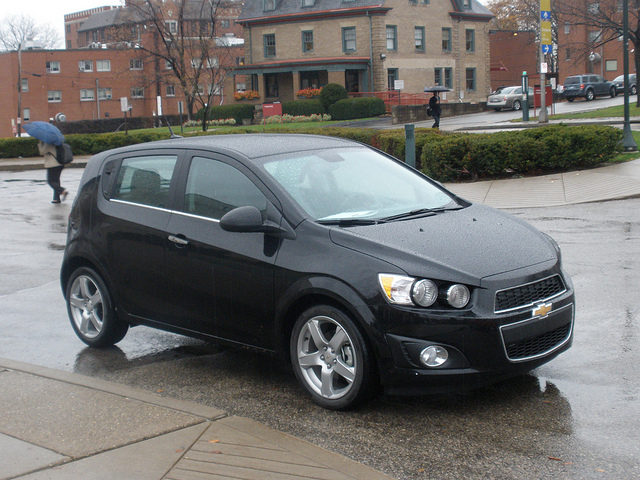 Chevy, an American automobile company owned by General Motors, has announced that both the Chevy Spark and Sonic will be getting Siri buttons. The cars both have ‘Eyes Free’ technology, which allows users to perform various Siri functions without ever touching their iPhone. Owners of the Spark and Sonic will be able to pair their iPhones to their car via Bluetooth and use Chevy’s MyLink to access Siri. Once paired, users can tap the voice activation button on their car’s steering wheel to access the voice assistant.

Cristi Landy, the marketing director for small cars at General Motors, has said the following on Siri and Chevy: “Safe, easy, reliable and portable connectivity is a top priority for our customers, and Siri complements MyLink’s existing capabilities to help deliver an incredible driving experience.”

It would make sense for Chevy and General Motors to launch ‘Eyes Free’ for Siri on the Spark and Sonic as both of the cars are very youth oriented. Both cars start at under $15,000 and feature compact designs, which are good for city driving.

We first heard about Siri’s ‘Eyes Free’ capability during WWDC 2012. The feature essentially allows drivers to interact with their iPhones using standard vehicle controls. During the event, many automobile companies, including General Motors, BMW and Honda among others, vowed to add the functionality to their cars, though only General Motors has delivered as of now.