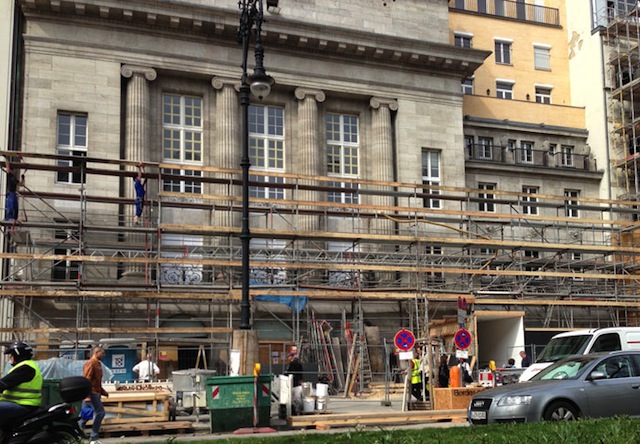 Berlin’s first Apple Store is gearing up to officially open next month as employees have started removing the scaffolding and temporary wall concealing the front of the store.

The Berlin Apple Store will be the largest of the ten existing stores in Germany. The site of the new Apple Store in Berlin used to be home to a historical movie theatre in West Berlin’s Kurfürstendamm. The Ku’damm 26 district is the city’s most expensive shopping district and the store will be located across from the Hard Rock Café.

Lately Apple has really been focusing on expanding its retail stores. As of the end of its last quarter, Apple had an average of 396 open retail stores, which hosted a record 121 million visitors during the three-month span.

Check out the video below provided by the German site iFun that shows an exclusive look inside the Berlin Apple Store.