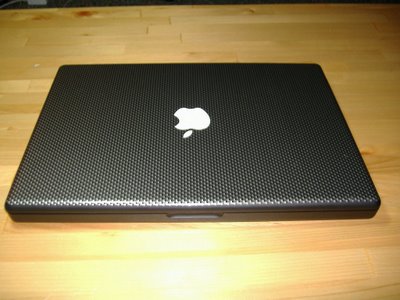 It’s been rumored for years that Apple would like to use carbon-fiber enclosures for its products. The high strength and extremely light weight of carbon-fiber make it very attractive for any manufacturer of portable devices, and everyone knows that with Apple, thinner and lighter is always better.

Apple, however, also has very strong opinions on how devices need to look. Apple has filed several patents dealing with the appearance of the carbon-fiber material. Since it’s composed of woven fibers whose color doesn’t always match, Apple’s patent states that “the resulting carbon fiber composite can have cosmetic imperfections that reduce the aesthetic appearance of the molded article formed therefrom.”

That’s all so exciting and interesting, but with 9to5mac reporting and LinkedIn confirming that Apple has hired “Senior Composites Engineer” Kevin Kenney, the rumors might have more to them than we think. Apple has also acquired exclusive rights to Liquidmetal’s “amorphous” metals.

In any case, Apple shaving a couple more millimeters and maybe an ounce off one of their products would surprise just about everyone living under a rock. With all this R&D focusing on metals and composites, I think we can safely say that a breakthrough in enclosures from Apple is coming. Soon.