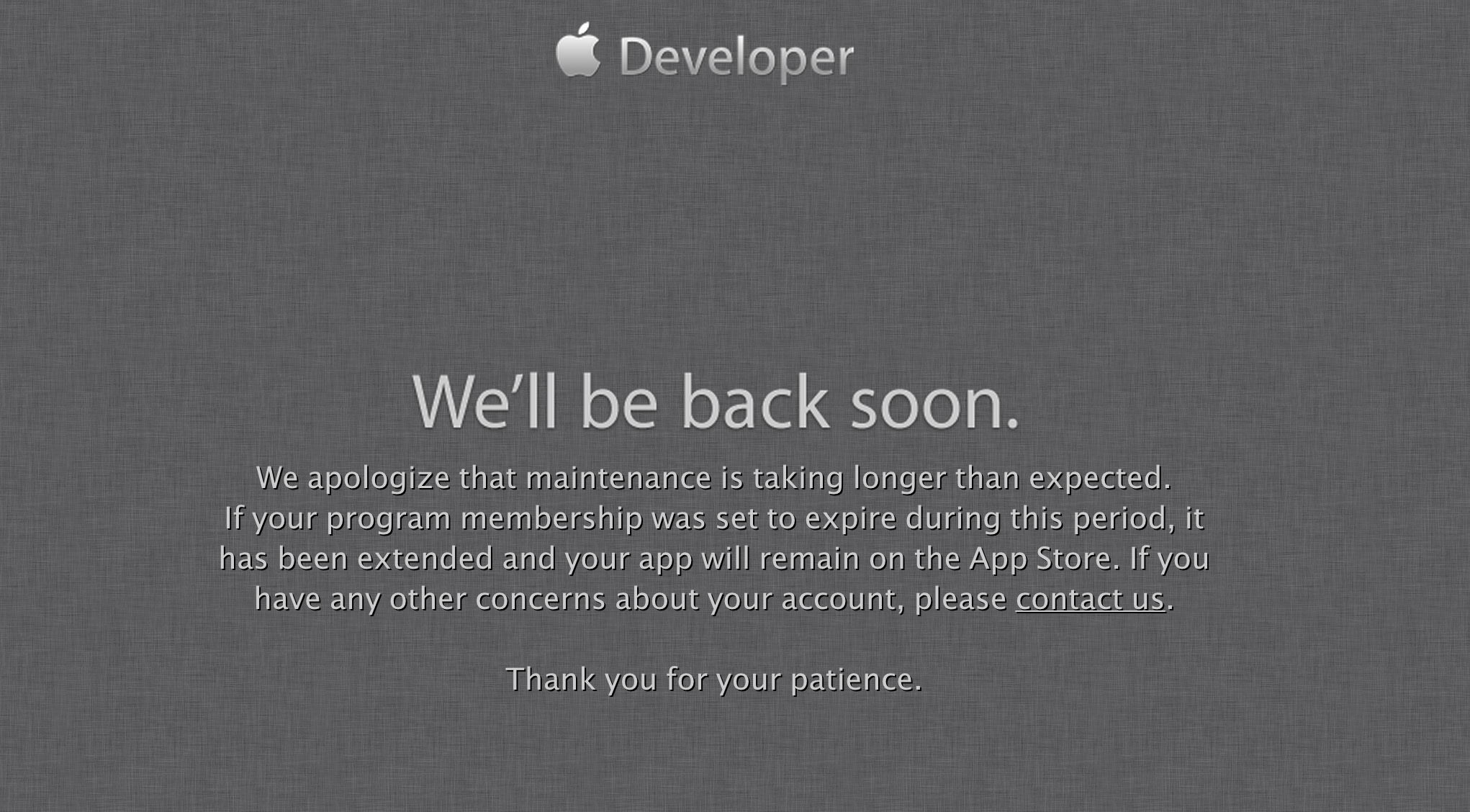 We apologize that maintenance is taking longer than expected.
If your program membership was set to expire during this period, it has been extended and your app will remain on the App Store. If you have any other concerns about your account, please contact us.

Apple’s Developer Portal has been down since Thursday. Developers are unable to access their accounts, submit apps, and submit updates during this period. Hopefully we’ll see the portal be resurrected soon.