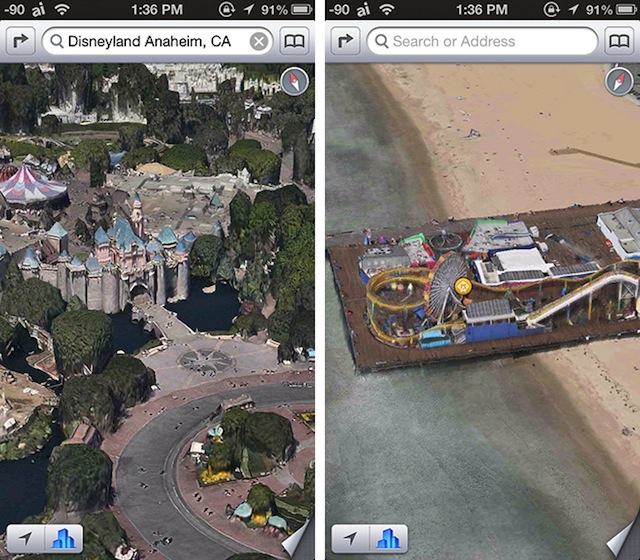 Apple recently expanded its Maps 3D flyover coverage in California, including popular tourist attractions like Disneyland in Anaheim. Apple has steadily been improving its mapping offering since its release last September.

The wider coverage in California includes support for San Bernardino, Riverside, Rancho Cucamonga, Ontario and Moreno Valley, and more. Now Maps offer almost unbroken coverage of cities from San Bernardino to the Pacific Ocean. It’s unclear if Apple has added coverage to more than just these California cities with the new update as this was a quiet update and Apple hasn’t actually announced the changes.

Earlier in May, Apple increased its flyover support in Paris, France, covering areas like Versailles, Aulnay-sous-Bois, Disneyland Paris and L’Hay-les-Roses. Since January, the company has added over 16 new cities. With Apple continuing to improve Maps and quietly updating and expanding its coverage all the time, it won’t take much longer to bring Maps up to the company’s standard.